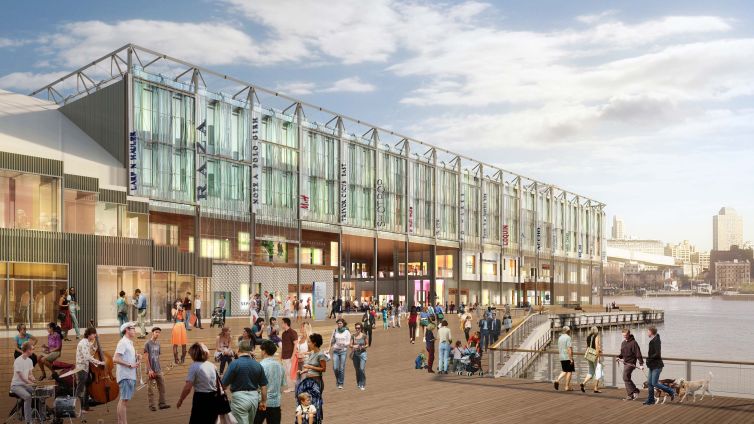 World-renowned restaurateur and chef Jean-Georges Vongerichten is planning to open a food market and seafood restaurant in the South Street Seaport.

The famed chef signed a lease for a 40,000-square-foot market in the Tin Building, which landlord Howard Hughes Corp. is restoring, as The New York Post reported. He will also open a 10,000-square-foot seafood restaurant on the second floor of Pier 17. The terms of the deals were not released.

Howard Hughes is revitalizing several city blocks and Pier 17 into a fashion, dining and cultural hub with 365,000 square feet and more than 80 new shops and restaurants.

Vongerichten’s new eatery in Pier 17, which is under construction, will be comprised of a 7,500-square-foot restaurant with a 2,500 square foot foot patio.

Mr. Vongerichten interest to bring his food concepts to the South Street Seaport stems from his memories of making daily trips to the Fulton Fish Market, which moved to the Bronx a decade ago, as The Wall Street Journal reported.

“He enjoyed not only the quality but variety and not just fish but the hustle and bustle of vitality that made the seaport so distinctly great,” David Weinreb, Howard Hughes’ chief executive officer, told the Journal. “That vitality is what sparked Jean-Georges to come together with us to create not one but two of what we hope will be recognized concepts.”