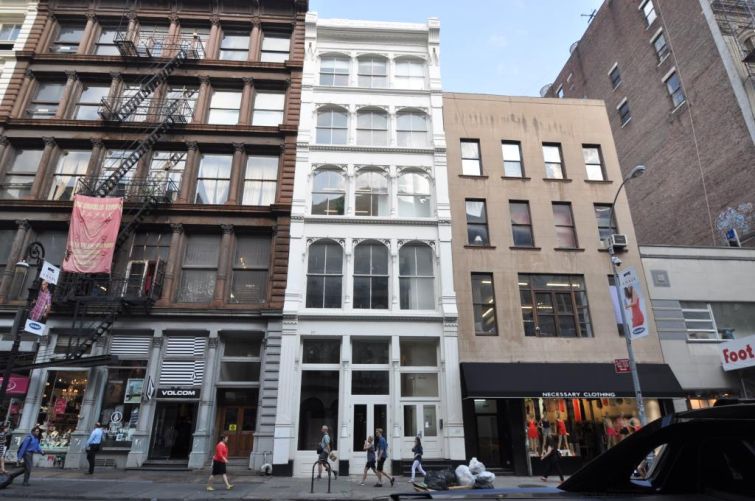 On-demand cab platform Via Transportation is relocating its headquarters to 10 Crosby Street in Soho.

The ride-sharing company signed a seven-year lease for an 8,425-square-foot space in the nearly 35,000-square-foot retail and office property between Grand and Howard Streets. Via will take the entire second floor of the five-story building owned by Madison Capital, and is moving from 394 Broadway in Tribeca.

Asking rent in the deal was in the high-$60s per square foot, according to a spokeswoman for the landlord.

“Via searched diligently for a new headquarters on a full floor in a beautiful building filled with creative tenants located in a vibrant and inspiring neighborhood. They found it all at 10 Crosby Street in Soho,” CBRE’s Jason Frazier, who brokered the deal with colleague David Young on behalf of the tenant, said via a spokeswoman.

The transportation company was created in 2012 and currently only operates in Manhattan north to 110th Street and south to Canal Street and only on weekdays. Drivers pick up passengers (up to five) going in the same direction with SUVs, vans and sedans, and prepaid rides cost $5 plus tax. Luxury SUV drivers can make $1,800 or more each week, according to Via’s website.

The app has been gaining traction compared with other transit platforms in the city, such as Uber and Lyft. In April, Via raised $27 million in funding from investors, as the The Wall Street Journal reported.

“We are pleased to welcome this technology tenant to 10 Crosby,” J. Joseph Jacobson of Madison Capital said in prepared remarks. “With an impressive management team they reflect the vibrant and creative spirit Soho has always embodied.”

JLL’s Mitch Konsker, Daniel Turkewitz and Brittany Wunsch represented the landlord in the transaction. The JLL brokers were not immediately available to comment on the deal.

Update: This article was updated to include the correct name of the landlord.