Now That Brooklyn is Hot, Let’s Make it Hotter 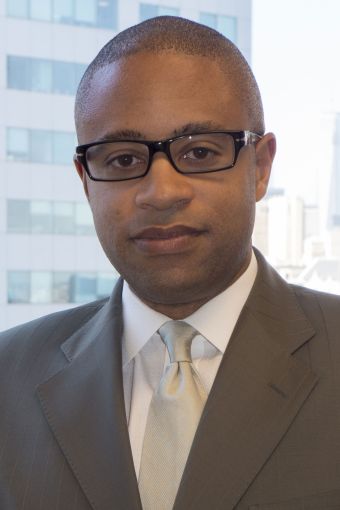 Last month, when Tishman Speyer acquired the aging Macy’s in Downtown Brooklyn and announced plans to convert the top 10 floors of the building into Class-A office space, it sent a strong message to the market about the area’s potential as a commercial office hub.

Just a few months earlier, Quinlan Development and Building Land and Technology announced the planned conversion of 41 Flatbush into the first large-scale, all-commercial project in Downtown Brooklyn since 12 MetroTech Center opened in 2005.

The growing innovation economy is taking root and flourishing in other areas of the Brooklyn Tech Triangle, as well. In Dumbo, Midtown Equities is developing Empire Stores into a 500,000-square-foot office and retail complex. The Dumbo Heights project continues to sign tenants to nearly 1 million square feet of space. In the Brooklyn Navy Yard, Boston Properties in partnership with Rudin Management is creating a 675,000-square-foot office complex and the city is renovating Building 77, a 1-million-square-foot facility, into commercial space that will create 3,000 jobs.

With the announcement of these projects, it’s easy to jump to the conclusion that the calls for additional commercial density have been met and no additional work is needed. To be sure, these new commercial office projects fill a much-needed demand gap in the marketplace. The historically low commercial office vacancy rate of 3.4 percent in Downtown Brooklyn, as well as the low vacancy rate in Dumbo and the Brooklyn Navy Yard, has translated to scant space available to foster the growth of the innovation economy.

But lost in the discussion about the need for additional commercial office space within Downtown Brooklyn, the Brooklyn Tech Triangle, and the borough as a whole, are a few essential ingredients that are key to helping the area reach its full potential as a healthy central business district that drives the most populous borough’s economy: incentive programs.

The city wisely recognized that in order to spur economic diversity that fosters and celebrates the best of mixed-use development in a real estate market where highest and best use is almost certainly residential, incentive programs are necessary not only to attract but also to retain commercial business in the areas of the city in need of economic stimulus. To the city’s credit, several incentive programs were created, including the Industrial and Commercial Abatement Program (ICAP), the Commercial Expansion Program (CEP), the Relocation and Employment Assistance Program (REAP) and a variety of energy programs, including the Energy Cost Savings Program (ECSP).

Each program has a similar goal of providing financial incentives to companies that renovate or otherwise make physical improvements to a place of business, expand their footprint, relocate to areas of New York City outside core Manhattan neighborhoods, or reduce their energy footprint. While these programs may not be in the daily lexicon of most New Yorkers, every developer and business owner trying to grow is aware of them. Indeed, these incentives made numerous business success stories possible throughout the outer boroughs and Upper Manhattan. In many cases, those businesses would have left the city altogether without them.

Unfortunately, these sorts of short-term extensions are nothing new. With a series of new expiration dates coming as early as June 30, 2017, now is the time for business leaders across Brooklyn—and throughout the city—to advocate for a series of permanent incentive programs that can truly allow a vibrant office economy to thrive. So, yes, when the Macy’s deal came together, it was reason for Downtown Brooklyn’s business leaders to celebrate. In many ways, the deal capped an exceptional year for commercial sector growth in the area. But as we work to continue that momentum, let’s not lose site of the engine that keeps these deals—and the borough’s economy—humming.

Alan Washington is the director of real estate and planning at the Downtown Brooklyn Partnership, a nonprofit development corporation.