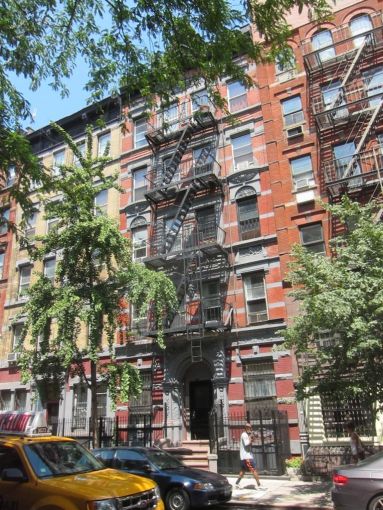 Brookhill closed on the $97 million acquisition earlier this month, from longtime owners, the Tabak family. The financing, which closed on Sept. 10, is being used to fund the acquisition and future renovations on the multifamily and mixed-use properties in the portfolio.

“We were uniquely positioned for this deal,” Josh Zegen, co-founder and managing principal of MRC, told CO. “We have a relationship with the borrower and are an owner of properties like this throughout the New York metro area, so we were really able to tailor the financing.”

Mr. Zegen declined to reveal the name of the borrower. Another source familiar with the transaction did so on the condition of anonymity.

The financing package is comprised of a first and second mortgage, and the term is in the one- to three-year range, Mr. Zegen noted.

“We acted as a single source lender and were able to provide both sources in the capital stack to meet the borrower’s objective,” he said. “Today, some lenders are looking for a first mortgage from one source and mezzanine debt from another. That creates very complicated closings.”

Earlier this month, MRC provided a $107.25 million loan for the acquisition of the Long Island College Hospital portfolio in Cobble Hill, Brooklyn. Mr. Zegen noted that the recent East Village deal was similar because his firm was able to provide the financing without a co-lender.

“We are able to provide large loans, commit to them on our balance sheet, and that’s what is unique about our operation,” he said.

The properties, which have a mix of studio and one-bedroom units with some retail components, are located close to New York University, as well as a variety of shopping, restaurant and nightlife venues.

“The portfolio is unique in the sense that if you are trying to buy a property in the East Village, it’s usually a one-off property,” Mr. Zegen said. “It’s hard to amass a portfolio of 16 properties—and these are in really A locations.”

Through the repositioning, Brookhill plans to upgrade the common areas in the buildings and renovate the residential units to maximize their square footage.

“This portfolio represents an exceptional value on the buy with significant potential to augment income,” Mr. Ackerman told CO. “As a result, Meridian was able to procure exceedingly high-leverage bridge financing based on the low cost-per-unit purchase price of less than $400,000, which is significantly less than recent sales in the neighborhood that have ranged between $600,000 and $1 million per unit.”

The East Village portfolio loan is MRC’s 24th transaction in 2015, bringing the firm’s total debt investments to $590 million so far this year.

Mr. Toledano, Brookhill’s president, was not available for comment.