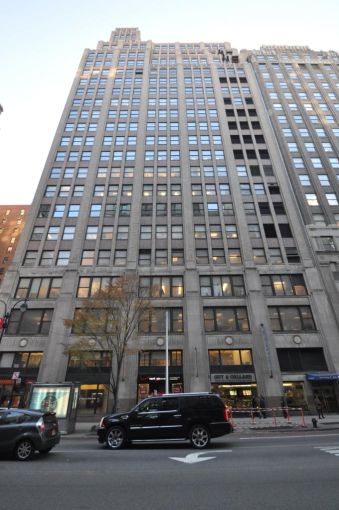 HFF has arranged a $110 million loan syndicated by J.P. Morgan Chase and German lender Helaba on 180 Madison Avenue, according to a release from the broker.

The 23-story office building is owned by Prudential Real Estate Investors, which acquired the property with The Clarett Group from Sitt Asset Management and Eretz Group for $146.2 million in August 2008, city records show. (Clarett dissolved in March 2011.)

The recent financing replaces previous debt originated by Wachovia, which is now a part of Wells Fargo. The new loan from J.P. Morgan and Helaba closed on Sept 10.

The office building at 180 Madison Avenue, which was completed in 1926, sits on the corner of Madison Avenue and East 34th Street in Midtown South.

The building—which is formerly known as “The Lingerie Building” for housing a number of the city’s lingerie tenants—is in the final stages of a multimillion-dollar renovation and repositioning. Improvements to the property include the building’s lobby, elevator, windows and electrical systems.

The property is currently 72 percent leased with two of its largest tenants including the advertising technology firm The Rubicon Project and social media marketing firm Unified Social. The renovations are meant to meet the demand for technology, advertising, media and information (TAMI) tenants in the area, according to HFF.

Representatives for J.P. Morgan, Helaba and Prudential were not immediately available for comment.