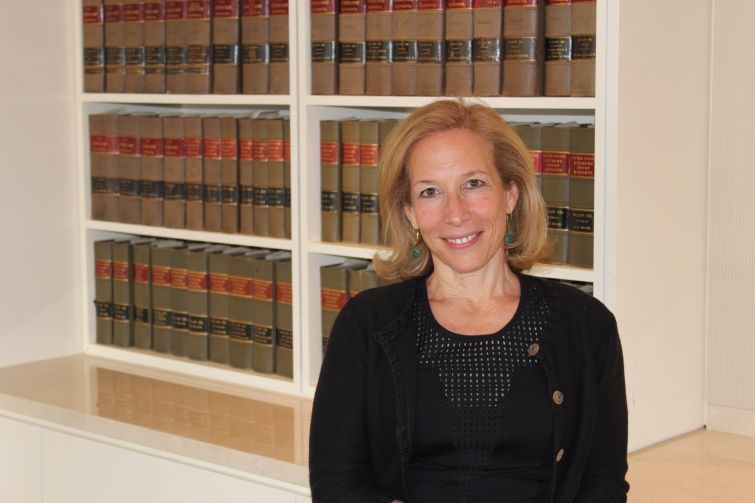 Belinda Schwartz, partner and chair of the real estate department at Herrick, Feinstein, has been with the New York-based law firm since 1997. Ms. Schwartz, who grew up on Manhattan’s Upper West Side, oversees a team of more than 50 attorneys and urban planners. Her recent transactions include the Lightstone Group’s $330 million sale of its long-term leasehold on 1407 Broadway to Shorenstein Properties and BFC Partners’ $260 million Empire Outlet retail and hotel development on Staten Island. In addition to helping domestic and foreign investors build and buy in the five boroughs, Ms. Schwartz and her team have also advised their clients on starting debt funds—a rising industry trend—she said.

Commercial Observer: Right now we’re seeing a lot of deals where investors are paying record prices for New York assets. Are there ceilings in terms of how much of a profit investors can make at a certain point?

Ms. Schwartz: Different buyers have different incentives for doing deals and a lot of that has to do with where their capital is coming from, what the cost of that money is and what their time horizons are. There are foreign investors who have clearly expressed that they are looking for capital preservation and are willing to buy property where there’s a 3 percent cap rate. There are other investors who are saying, “the lesson I learned from the last downturn is that, as long as you’re not forced to sell into a down market, you’ll do fine.” We have told certain prospective clients who are looking for very large deals that they are not going to beat out the big players here unless they pay more.

Are you seeing any cases where the price paid, simply put, doesn’t justify the acquisition or development?

When Ziel Feldman of HFZ Capital Group bought 518 West 18th Street along the High Line for $870 million, a lot of people passed on that, but Ziel didn’t. And he doesn’t think he overpaid for it. He has a vision that that is one of the last amazing development sites on the High Line and he has institutional lenders and EB-5 money lined up to help him finance it. Time will prove whether or not he overpaid.

When you have deals with so many layers of debt, including foreign capital, what are the big legal challenges?

There used to be a time where you had someone who owned a building and that person only took out a first mortgage. Then you had syndications being invented and mezzanine debt and preferred equity coming in on top of sponsor equity, and so on. Even that capital stack now is being sliced and diced a hundred different ways. As a result, the inter-creditor and recognition agreements have become much more complicated. Foreign investors add another layer of complexity since they generally like to come in as debt for tax reasons.

Does that cause concern from a lawyer’s perspective?

When the market tanked in 2008, people looked at the inter-creditor agreements on a lot of CMBS deals like, “Hmmm, how does this work?” I don’t know that if one of these recent, multilayered deals goes bad it’s all not going to be one big fight. Not that people aren’t doing a good job. But these very complicated debt structures are moving very fast and, at the end of the day, there are probably issues that have not been litigated yet.

There has been recent talk that we’re in for another downturn in the next four to five years. Is that something you think about and what does that mean for some of these deals in the works

I can guarantee that there is a downturn coming eventually. I have no idea whether it will be in two years or four years or longer. We certainly have clients with a tremendous amount of wealth that they are more than eager to deploy should there be a downturn—they will view it as a buying opportunity. The issue will be whether the market stalls and everyone is frozen or whether there is a lot of selling off and recapitalizing and restructuring, which still means a lot of activity and opportunity. Most people fear a big freeze.

A growing number of foreign and domestic investors are forming debt funds. What’s the story behind that?

One of our clients, G4 Capital Partners, is a debt fund and there are a lot of reasons they love being on the debt side. I have another debt fund client, led by a group of investors including Richard Barry, who have been on the equity side for a while, but now they’re seeing opportunities on the debt side. Richard Kalikow, who’s been doing this for a really long time, had two comments about why he likes being on the debt side. One is that he can get better returns, and two, he feels he can sense when the market’s turning sooner because of the kinds of deals that are coming across his desk.

What are some of the debt fund deals you and your team recently worked on?

We have advised G4 on several loans in the past year, including an $18.4 million acquisition loan for a development site at 302 East 96th Street. Another client of ours is in talks to set up a debt fund in China to invest here. His view is that if the U.S. market is going to take a big dip in a couple of years, there will be more of an opportunity to buy up debt as well.