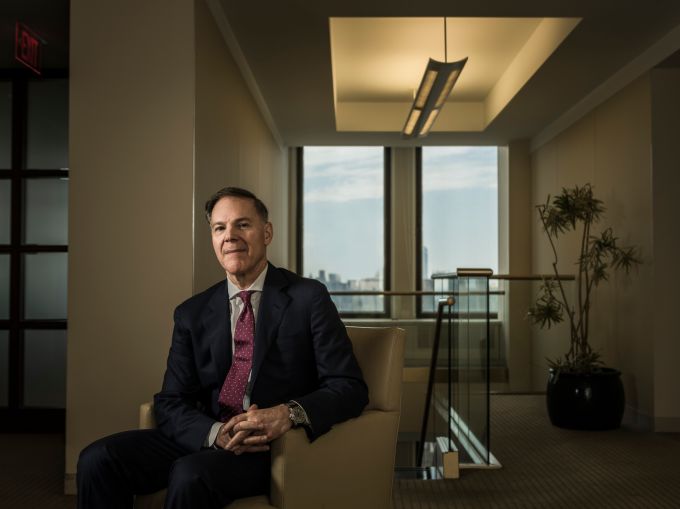 Robert Ivanhoe, partner and chair of the global real estate practice at Greenberg Traurig, has overseen the division for the past 20 years. The Long Island native, who works out of the global law firm’s New York office in the MetLife Building, oversees a team of more than 200 lawyers specializing in real estate acquisitions, finance, restructuring and investment trusts, among other things. Mr. Ivanhoe represented Israeli investor Miki Naftali in his 2004 acquisition of The Plaza Hotel for $675 million, which Mr. Naftali converted from 805 hotel rooms into 282 guest rooms and 152 private condominium hotel units. Last year, he served as co-counsel for China’s Anbang Insurance Group in its whopping purchase of the Waldorf-Astoria New York for $1.95 billion—the largest hotel acquisition in the world.

Commercial Observer: To what extent has the influx of foreign capital in U.S. property affected Greenberg Traurig’s real estate practice?

Mr. Ivanhoe: It has definitely affected the market and the type of deals and velocity of deals that are going on. It’s had an impact on our real estate practice, whether we’re representing the foreign investors, which we’re doing increasingly, or we’re representing domestics who are doing business with them.

What are you seeing in terms of increased foreign capital changing the way deals get structured?

We’re now a few months into the ongoing economic slowdown in China. What are the most recent impacts of that on Chinese investment in U.S. commercial real estate?

Up until now, I’ve seen no slow down in interest in U.S. real estate investment as a result of that. As a matter of fact, if anything, I think we’re seeing that, while things are slowing down there, the demand to invest here has continued because the U.S. economy has been viewed as strong and stable, comparatively.

Will the volume of Chinese investment and lending taper off?

From your perspective, is the Greek crisis still a major concern or has that become something of a norm at this point?

There is no question that one of the attractions to an IPO for a real estate company is to get a valuation in the public market that is attractive to the owners of the real estate. If softening in the markets would lower those valuations that may table the desire to go public. Clearly, there’s a lot of volatility there right now. I think short-term people might pull back. I recently participated on a private client call with J.P. Morgan to advise their clients on the enormous market volatility. Their view, which I have seen shared by other leading global financial institutions, is that while turbulence may continue over several months, there is no underlying fundamental basis for a further significant decline or bear market in U.S. stocks, since the U.S. economy appears to remain in a growth cycle. However, public offerings in a volatile environment can be very tricky and I would expect IPOs in the real estate area to be put on hold until sponsors are confident that the public markets will accept their valuations for the company’s assets.

More projects are becoming mixed use—some with retail, hotel, office and residential all in one. Has New York real estate development become too compartmentalized?

No. I think developers in New York are pretty good at assessing what the market wants and also being able to bring the most efficient capital into development projects. An increasing trend is for a sponsor that is buying or developing mixed-use projects to consider how the segmentation of the property into its component parts—residential, hotel, retail, office—would attract particular investors who are seeking a very specific property type in a building that is comprised of that specific segment. Often this approach will bring more efficient capital to the project by giving each investor the specific kind of investment it is seeking, rather than investing into a mish-mosh of four different uses in one building.

Do you ever see disputes arise from how commercial space is divided up and shared by tenants and residents?

Not very often, because normally those issues are all sorted out in a condominium declaration. Before somebody buys a condominium unit, if they’re on the residential side and they’re buying a residential unit, they can see what else is going in the building and what other people’s rights are.

You worked on the 2004 Plaza Hotel sale to Miki Naftali of Elad Properties, who went on to convert most of it into condominiums. Did that set the standard for part condo/part hotel construction, which we’re seeing more of today?

They were certainly a trailblazer in taking a major hotel and trying to envision a better utilization of a large, iconic and extremely well located asset to maximize value. It’s very difficult to run a true, first-class, five-star, full-service hotel at the size of what The Plaza was at that time. What I think Elad and Miki saw back then was the ability to resize the hotel so they could make a hotel that would truly be a full-service, first-class hotel at a more appropriate size. In today’s hospitality industry, you rarely see 800- or 1,500-room five-star hotels. Most people think five-star hotels should be more in the 200- to 300-room size to provide the type of personalized service that a customer requires. The highest and best use, in terms of value for most of that building, especially the portion facing Central Park, was to turn it into condominiums.

With the high volume of development in the city and the increasing scarcity of land, just how precious of a commodity are air rights right now?

In this era of super-tall buildings being developed at an unprecedented scale, air rights are more and more valuable, more and more sought-after. If you’re talking about locations with views of Central Park, you know the more apartments you can get on higher floors with park views is going to enhance the value of the building. There was time when people used to view air rights as being much less valuable per square foot than the land of a development site. Now people are beginning to look at it almost in reverse, where they’re saying, “Well, if I can add another 20 stories at the top of a building,” let’s say floors 50 to 70, or 60 to 80, “those top 20 floors that I got by buying air rights are actually more valuable than the floors that are below those without purchasing the air rights.” It’s not always easy to transfer them. The thing about people who have excess air rights is that if they don’t make a deal to sell them to a project nearby, once that project is underway, they’ve kind of missed the boat. They may never again have the opportunity to sell those air rights, because there may never be another suitable property that’s built adjacent to the donating site.