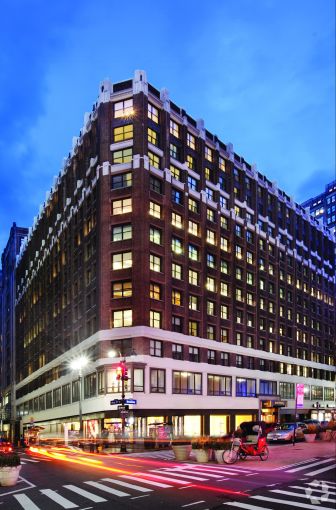 The outerwear and dress company which manufactures products for Vera Wang, Perry Ellis,  Elie Tahari and Betsy Johnson is relocating to more than 40,000 square feet across the street from Macy’s in Manhattan, Commercial Observer has learned.

The Levy Group, founded in 1946, will be moving to Empire State Realty Trust’s 1333 Broadway through a 43,741-square-foot sublease with Global Brands Group, an apparel, footwear, fashion accessories and related lifestyle product company, a source with knowledge of the deal told CO. The subtenant will occupy 14,175 square feet on part of the seventh floor and the entire 289,566-square-foot ninth floor. GBG retained space in the building, the source said.

David Falk and Jason Greenstein of Newmark Grubb Knight Frank represented the subtenant and JLL’s Mitchell Konsker, Alexander Chudnoff and Benjamin Bass negotiated on behalf of the sublandlord. None of the brokers immediately responded to a request for comment via spokespeople.

“1333 Broadway represented a unique opportunity for The Levy Group to take advantage of an existing installation with a tremendous amount of inherent value,” Mr. Greenstein said.

The Levy Group is slated to move into its new digs from 500-512 Seventh Avenue between West 37th and West 38th Streets in the first half of next year.