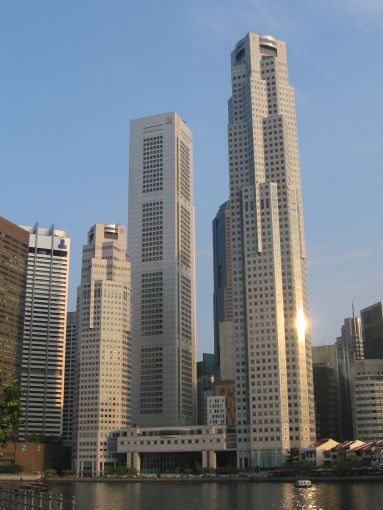 Singapore-based United Overseas Bank is a quiet force among the many overseas lenders putting bigger bets on New York property. While less talked about in the commercial real estate industry than Bank of China and Japan’s Mitsubishi UFJ Financial Group, the publicly traded Asian bank has financed several newsworthy deals in the Big Apple over the past year.

In one of its largest New York real estate transactions, U.O.B. took the lead on an $860 million construction loan to Texas developer Hines last September to finance the company’s luxury condominium tower at 53 West 53rd Street, Commercial Observer reported at the time.

U.O.B. acted as the administrative agent on the massive debt deal and contributed $220 million in financing alongside three other foreign banks. At the time, Hines had also closed on its the purchase of needed air rights from the Museum of Modern Art and Saint Thomas Episcopal Church to move forward with construction on the super-skinny 82-story tower.

Most recently, U.O.B. provided a $35 million loan to Brookfield Property Partners for its $69.6 million acquisition of a 72,000-square-foot office condominium at 424 West 33rd Street, CO reported in July. Brookfield bought the condo property from the nonprofit organization Planned Parenthood, which announced its relocation to 123 William Street in Lower Manhattan.

A spokeswoman for the bank declined to comment on specific transactions and clients.

U.O.B., which operates more than 500 offices in 19 countries, is Singapore’s third-largest bank by assets, next to DBS Bank, the largest, and the Oversea-Chinese Banking Corporation (OCBC), the second largest. The bank recently provided $500 million in joint venture financing with Temasek Holdings—an investment company owned by the government of Singapore—to startups in India, China and Southeast Asia, according to recent reports.

Our plan was to learn more about U.O.B.’s real estate lending in light of the latest global changes. That seemed straightforward enough when the U.O.B. spokeswoman told us, “We are happy to take part in this interview. Could you please send us the questions that you have? Many thanks for the opportunity.”

After reviewing our questions and requesting changes, however, the spokeswoman called to let us know that the bank had decided to “pass on this opportunity.”

So in the interest of transparency, we turned our focus to public loan documents—a stark difference between the New York real estate market and the Singapore real estate market, the U.O.B. spokeswoman noted in surprise.

That is one thing we did learn in the process.