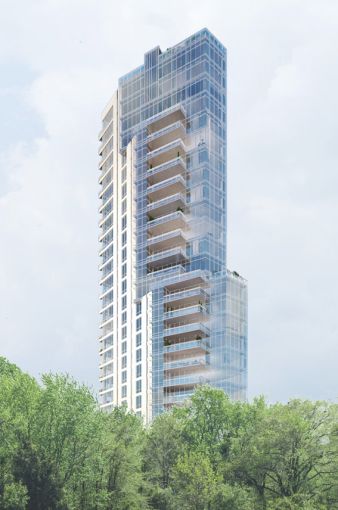 A big-time developer, a union-dedicated lender and organized labor have come together for an upscale condominium project in Philadelphia.

Washington, D.C.-based Ullico—which only lends on union-built projects—originated the loan on a sole-lender basis, the borrower and lender told Commercial Observer.

“Ullico, on behalf of its separate accounts, is very excited to work with Tom Scannapieco on this one-of-a-kind, union-constructed project,” said Matthew Downs, a senior regional manager responsible for Ullico’s loan originations throughout the Northeast.

The three-year debt, which closed last week, carries a floating interest rate in the mid-3 to 4 percent range and a six-month extension option, according to Mr. Downs.

Richard Horowitz of New York-based Cooper-Horowitz brokered the loan on behalf of Scannapieco. “Tom is a visionary who changed the Philadelphia skyline and 500 Walnut will prove yet again the talents of Scannapieco Development,” Mr. Horowitz said.

Once completed in 2017, the 26-story tower will contain 38 condo units ranging from $2.5 million to a $17.6 million, according to previous reports. Scannapieco broke ground on the nearly $140 million project in March.

“We are excited to be developing our second ultra-luxury residential tower in Philadelphia,” Tom Scannapieco, the development firm’s president and chief executive officer, told CO in a written statement.

“Ullico was our construction lender for our first ultra-luxury tower, 1706 Rittenhouse Square, which experienced recording breaking sales success,” Mr. Scannapieco noted. “We are pleased to partner with Ullico once again on our most exclusive residential tower to date, 500 Walnut.”