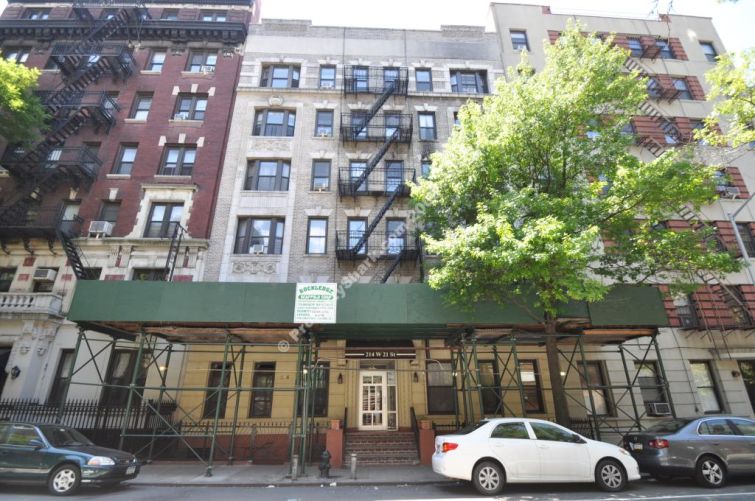 Larry Gluck’s Stellar Management is suing two market-rate tenants of a Chelsea building for allegedly renting out their apartment on a short-term basis.

Since April, the tenants of Apartment A at 214 West 21st Street between Seventh and Eighth Avenues, Vitaliy Pereverzev and Marcela Torres, have “made the premises…available on a continuous basis to tourist and other transient visitors…for stays of less than 30 days at a [sic] nightly or weekly rates,” court documents indicate. It “puts at risk the life and safety of the tenants of the building…”

The defendants, whose lease was signed March 26, have used Airbnb to advertise their two-bedroom, two-bathroom apartment for illegal stays of at least four nights at a nightly rate of $375 and a cleaning fee of $100, according to a recent lawsuit. A 2010 state law bans multi-unit building tenants from subletting their space for fewer than 30 days. The landlord never granted the tenants permission to do this and it violates their tenancy obligations, the building code and/or the certificate of occupancy for the building, the suit claims.

The duo was busted as Stellar, which manages the day-to-day operations of the building, looks at short-term rental websites to see if tenants are illegally advertising their apartments for rent, court documents indicate.

Stellar, which bought 214 West 21st Street in early 1999 for $1.2 million, according to CoStar, wants the court to restrain the tenants from renting out their first-floor apartment in the six-story, 31-rental unit building, eject them and demand they pay at least $25,000 for behavior that has “damaged” the landlord, according to the suit.

As short-term rental websites like Airbnb have grown in popularity, landlords have taken to the courts to evict tenants using them. As Commercial Observer reported in April, United American Land was suing an investment banker for renting out his rent-stabilized Tribeca apartment nightly. In February, a Manhattan Housing Court judge ruled a couple was to be evicted from its rent-stabilized penthouse at Related Companies‘ 450 West 42nd Street after it advertised the unit on websites like Airbnb for triple the monthly rent of $6,670.