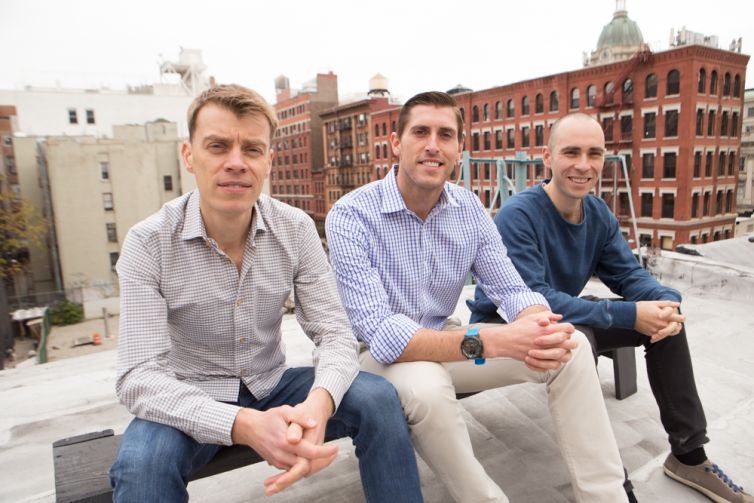 The brokerage and landlords bought into the company in its latest round of fundraising in May, said Brandon Weber, the co-founder and chief executive officer of Hightower. (Disclosure: Thrive Capital, which was started by Josh Kushner, brother of CO Publisher Jared Kushner, is an investor in Hightower.) Several of the new investors had already been customers of the service, which compiles live data on leasing activity and the real estate market, and decided to help steer the direction of the company moving forward.

“These are companies who essentially started as customers,” Mr. Weber told CO. “They saw the value of the platform firsthand and really became believers.”

While Mr. Weber declined to provide how much each investor has poured into the company, Hightower raked in $13 million during the recent Series B fundraising round, according to Crunchbase, which tracks investments in companies. Thrive Capital, Bessemer Venture Partners, RRE Ventures and Pritzer Group Venture Capital lead that round, the website shows.That brought Hightower up to $22 million in venture capital raised since it launched two years ago.

“Hightower is at the forefront of bringing technology to the commercial leasing process,” Mr. Rudin said in prepared remarks. “We took a good look at the various options in the market and truly felt that Hightower offered the best platform for our business. We have observed Hightower’s growth within the industry, and we are excited to be involved in that growth as a strategic partner.”

Hightower’s customers have included brokers from NGKF, as well as JLL, Colliers International and DTZ, according to the company’s website.

“We’re in a position now where capital won’t be a constraint for us in growing our vision,” he said. “We’re now working with our strategic investors and our customers around the country on solving that problem” of forecasting, which is an “incredibly exciting place to go for our owners.”

Tech companies that deal with specific real estate needs have become more prominent in New York City. Investors poured a whopping $62 million into New York-based tech companies during just the first half of 2015, according to a July report by real estate tech advisory RE:Tech.

VTS, an asset management platform, raised $21 million during that time, as CO has previously reported. Sharestates, a crowdfunding marketplace, raked in $30 million between January and June, according to the RE:Tech report.

Mr. Weber said more institutional companies are getting with the changing times.

“I would say that the leaders of industry in commercial real estate are realizing and recognizing that if they don’t wrap their arms around how tech is going to transform their business now, they’re going to be beat by the folks that do,” Mr. Weber said. “As a result of that point of view, we’re seeing [interest] from the great leaders of these customers, from the client side or strategics side, a sense of urgency to get in front.”