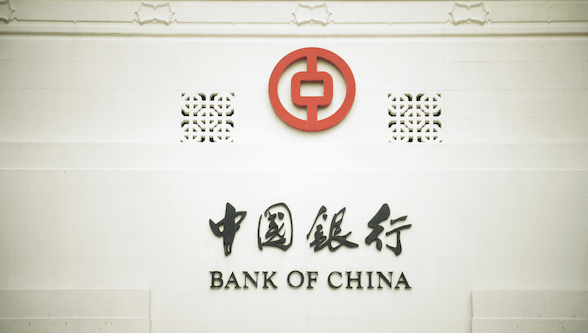 China’s faltering economy—the volatility and extensive losses of the Shanghai and Shenzhen stock markets since their June 12 high, the yuan’s drop against the dollar, the Chinese government’s intervention failure—has already sparked a global selloff. Will it also affect the New York real estate scene?

After all, the Bank of China and other Chinese institutions have become increasingly enmeshed in the commercial real estate industry in New York City, with Bank of China involved with $4.73 billion in top loans for prominent New York City properties in 2013-2014 and an additional $2.83 billion for the two years before that.

With the Chinese economy in trouble, big-ticket lending could go down, at least at the interest rates that Bank of China has been willing to work with, as less money becomes available for the kinds of disproportionately large investments in New York City trophy buildings that Bank of China has been making over the past several years. In addition, the state-run bank could seek out lower-risk deals with more conservative loan-to-value ratios.

Bank of China has issued loans of more than half a billion dollars for top properties such as the Sony Building at 550 Madison Avenue ($600 million, issued in 2013) and 1 Astor Plaza, the skyscraper that houses the corporate headquarters of Viacom and its MTV studio ($770 million, issued in 2012). Last year, the Bank of China was also party to a $1.45 billion loan, part of a CMBS deal, for properties including 390 Greenwich Street, Citigroup’s planned headquarters (the other investors are Citigroup and Wells Fargo).

Chinese investors are continuing their New York City lending activity this year. Bank of China issued a $152.3 million loan in February for 63 Madison Avenue, an office tower home to tenants including IBM. In April, the Industrial and Commercial Bank of China issued a $100 million loan for Bush Tower at 130 West 42nd Street and a $290 million construction loan, plus four subordinated mortgages worth an additional $70 million, for the 61-story luxury residential tower 100 East 53rd Street (formerly 610 Lexington Avenue), which is being designed by high-profile architectural firm Foster+Partners and has a distinctive undulating facade.

In 2011 and 2012, half of Bank of China’s trophy property investments took place in the second half of the year, but if domestic economic turmoil keeps Bank of China from investing in more trophy properties in 2015, it won’t be able to catch up to the level of New York City lending activity it upheld the past few years. And even if it does keep investing, the average loan size may come down. At under $200 million, Bank of China’s big loan of this year is already on the low end of loans for high-profile properties.

In addition, New York’s Chinatown has its own Bank of China branch that makes typically smaller loans to local businesspeople, and a Chinese slowdown could reduce the lending activity of its Chinatown branch. It also makes some smaller loans from other branches, like the two loans it made in March for a total of $68 million from its New York and Queens branches.

If the pace of Bank of China lending slows down, owners who have already taken out loans with Bank of China or other Chinese state-backed institutions—such as SL Green Realty Corp., which owns 1 Astor Plaza, or 333 Madison Avenue owner Madison Trackage Ventures—may find themselves unable to refinance their loans with Chinese lenders.

But this doesn’t mean the owners of properties financed by Bank of China loans need to be too worried. Existing loans are not likely to be directly affected by China’s financial troubles. In a worst-case scenario, other lenders would jump in and buy the debt, as they did when Lehman Brothers collapsed in 2008. But given that Bank of China is backed by the Chinese government, such a scenario is highly unlikely.

As for whether the New York City commercial real estate scene will ultimately suffer, remember that Chinese banks are hardly the only investors in the market. Yes, Bank of China loans have been unusually large, but the New York commercial real estate market remains strong, with sources of capital including domestic and foreign banks as well as non-bank investors like hedge funds. Most buildings and new developments will find the money.

China’s economic distress could make it a more conservative investor, prompting it to seek less prominent or less costly properties and buffer its risk more. But ultimately, the show will go on in CRE lending no less than on Broadway, even if different actors appear on the playbill.