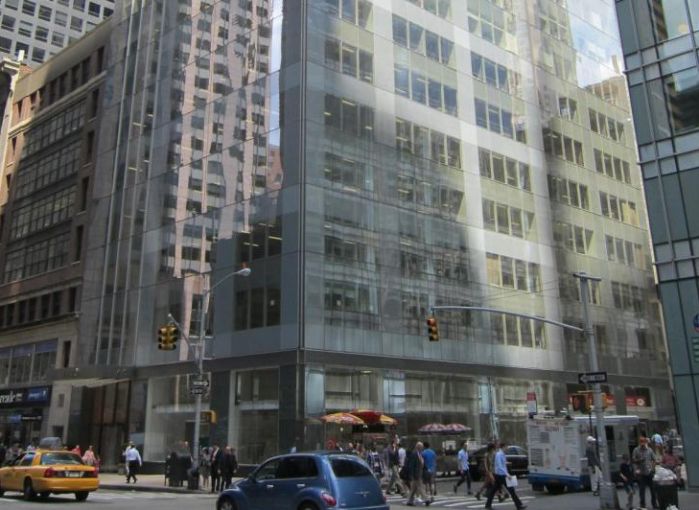 The firm that brokered the $535 million sale of the 689-room Manhattan at Times Square Hotel earlier this year to Al Faisal Holdings, has its eyes on big deals in other asset classes.

HWE signed a 10-year lease for the entire 10,000-square-foot 19th floor of the 20-story building on Aug. 6, and moved in on Monday, according to a spokesman for the brokerage. No one involved in the deal would reveal the asking price.

“More than half of our clients who maintain a large hotel exposure trade in commercial real estate assets, and we look forward to offering our firm’s exceptional sales, recapitalization and debt-placement services across an expanded spectrum of property types,” said Bill Hodges, HWE’s chief executive officer and founder, in prepared remarks.

Greg Taubin of Savills Studley represented HWE and landlord Equity Office was represented by Zachary Freeman in-house along with JLL’s Douglas Neye. Mr. Neye did not immediately respond for requests for comment.

Savills Studley veteran Will Silverman is leading the new office, as first reported by The New York Post.

“The biggest trend I see is that hospitality is becoming embedded in every real estate sector,” Mr. Silverman said in a news release. “We are seeing office buildings, apartment towers and retail stores add hospitality-like amenities and services with a focus on the brand and user experience. Hodges Ward Elliott’s expansion is a timely move as the foreign investors they are known to attract, draw less distinction between hotels and other asset classes, making the investor base more transferable.”

Mr. Silverman added to CO: “We took a full floor that we intend to fill,” but he declined to indicate how many employees are working in the office.