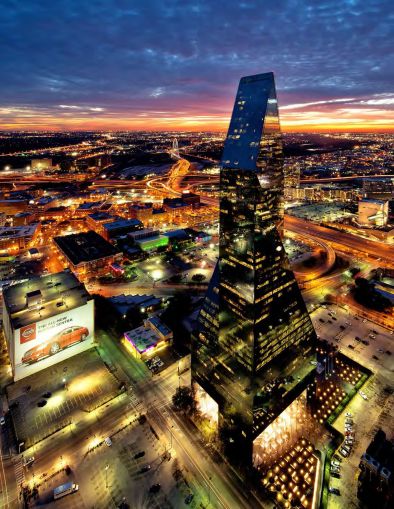 The financing, negotiated by HFF, is divided into two components—a $100 million, seven-year, fixed-rate loan and a $90 million, floating-rate loan, according to a spokeswoman for brokerage. The term of the second loan was not disclosed.

Proceeds from the loans will be used to replace existing debt on the property and fund tenant improvements and leasing commissions as well as capital expenditures for the construction of a new parking garage and interior renovations.

Goddard purchased the 1.2-million-square-foot, 58-story office tower from J.P. Morgan Asset Management for close to $200 million in June 2014, according to previous reports. HFF was also involved in the sale of the property located at 1445 Ross Avenue in the Dallas Arts District.

The property, which was completed in 1986, includes an adjacent 1.5-acre development site, which will house the above-grade parking garage.

Representatives for Goddard and AIG did not return requests for comment.