A Metrocard and a Dream 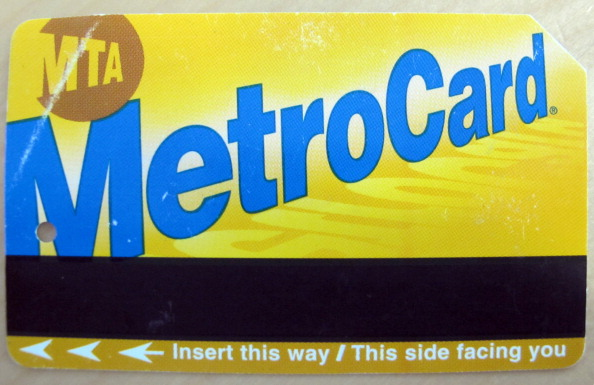 Whenever I speak to investors, they cite a property’s proximity to public transportation as part of their rationale for buying a building or developing a site in a particular neighborhood.

They note that since the crime rate in the outer boroughs has plummeted by nearly 80 percent since 1990, individuals priced out of one community are willing to travel farther out on their subway line to find affordable housing.

In fact, subway ridership is at its highest level since New York City’s post-World War II boom with the greatest percentage jump in ridership in neighborhoods like Bushwick and Long Island City that are seeing a spike in residential development and population growth, according to the Metropolitan Transportation Authority.

New York City grew by nearly 316,000 people between 2010 and 2014, Census figures show, bringing the population to 8.5 million and putting pressure on a subway system that serves over 2.4 billion riders annually on 24 subway lines traveling on a network of 659 miles of track.

To accommodate this growth, city and state officials are making a number of capital improvements to our transportation network and rolling out new projects.

The MTA recently announced that the long-awaited 7 train line extension from Times Square to a new station at 11th Avenue and West 34th Street is now scheduled to open next month. Not only will the new line open up access to offices, residences, hotels and retail in Hudson Yards, but it will enable riders in Flushing and other neighborhoods in Queens to reach the Far West Side of Manhattan without even changing trains.

Phase 1 of the Second Avenue Subway, which is slated for completion in December 2016, will improve commuting on the Upper East Side by relieving congestion on the packed 4 and 5 trains and make properties east of Third Avenue more desirable for renters, buyers and investors. The first phase is expected to serve 200,000 riders daily and will include tunnels from East 105th Street and Second Avenue to East 63rd Street and Third Avenue with new stations along Second Avenue at East 96th, East 86th and East 72nd Streets and new entrances to the existing Lexington Avenue/East 63rd Street Station on Third Avenue.

In exchange for a rezoning that will allow a 65-story office tower at 1 Vanderbilt, SL Green has agreed to invest $210 million to upgrade Grand Central Terminal’s overcrowded subway hub. The proposal includes three new staircases to subway platforms, two new street-level entrances and a renovated mezzanine, and a 4,000-square-foot waiting area.

The new Fulton Center at the corner of Fulton Street and Broadway opened last year bringing a modern, light-filled structure to Lower Manhattan and replacing what had been a dark and dingy station. Up to 300,000 daily commuters now have improved subway access to the 11 trains that converge at the station—the 4/5, A/C, J/Z, 2/3, R, 1 and E.

When it’s completed, the 800,000-square-foot, World Trade Center Transportation Hub will improve the daily commute for over 200,000 workers who have been negotiating the construction site for more than a decade. The concourse will be the most integrated network of underground pedestrian connections in New York City and connect to the 11 subway lines in the Fulton Center, the Port Authority Trans-Hudson (PATH) rail system, Battery Park City Ferry Terminal, the World Trade Center Memorial Site, WTC Towers 1, 2, 3 and 4, the World Financial Center and the Winter Garden.

One of the most interesting new initiatives is in the Bronx. A proposal to add four new Metro-North stations at Co-op City, Morris Park, Parkchester and Hunts Point gained momentum when Gov. Andrew Cuomo came out firmly in support of the project by including $250 million for it in the 2015-16 state budget. The four new stations will reduce commuting times by extending rail access to over 93,000 residents from the eastern section of the Bronx, provide easy access to jobs up and down the New Haven line and to Penn Station, and serve one of the largest concentrations of medical facilities in the United States at the Morris Park station.

Finally, the F train station on Roosevelt Island has made possible the transformation of this once secluded and curious enclave into a future beacon for technology with the groundbreaking of Cornell-Tech’s new world-renowned campus.

Together all of these projects illustrate how public transportation in New York City is and will always be a value enhancer when it comes to commercial real estate, job creation, and development.