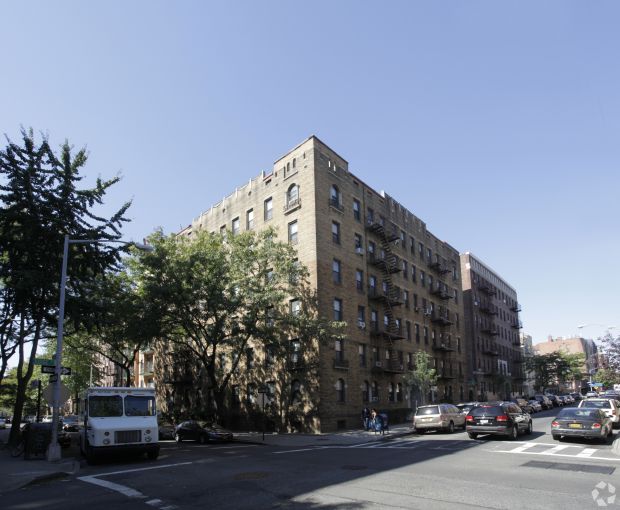 It’s one of those things that landlords and real estate investors like to expend many hours complaining about: rent regulation.

It skews the market. It forces non-regulated apartments to make up the difference. It is unfair to landlords.

But it turns out there are plenty of real estate professionals seeking out rent-stabilized and rent-controlled apartment buildings in New York City as part of their multimillion-dollar investment strategy.

Several real estate professionals told Commercial Observer that purchase prices on buildings with rent-regulated units are generally lower, making them more attractive to savvy investors in the long run. They also said that financiers are banking on rent-regulated apartment buildings rather than office buildings to make them rich.

Investors know that rents in those apartments generally increase slightly over time, keeping the risk of vacancy at a minimum.

“We think there’s greater value at this time in these assets, potentially a greater value in these than market-rate assets,” said Joel Moser, the founder and chief executive officer of Aquamarine Investment Partners.

There is less competition for buildings with rent-regulated units and there is the promise of “long-term unrealized value,” when the apartments realize “a capital appreciation uptick,” he said.

The ideal purchaser of a rent-stabilized building is a real estate company that buys to hold, like Cherney Realty.

Cherney Realty has a 25-building portfolio in the city with a mix of rent-stabilized, rent-controlled and market-rate units, said the company’s president, Ron Cherney. Most recently, Cherney Realty bought a 38-unit mixed-use rental building at 455 Hudson Street in the West Village for $30 million at the end of last month in a 1031 exchange, in which investors can defer capital gains taxes by selling a property and reinvesting the proceeds in another site.

“If you’re looking at a building that has rent-stabilized or controlled rents, and if you’re looking to hold onto the building a while, you’ll eventually bring them up through natural progression of rent increases and renovations,” Mr. Cherney said.

He added: “If you’re into it for the long haul you’re probably looking at a very good stable business.”

While the government is imposing caps on rent increases and preventing landlords from vacating tenants they deem unreasonable in regulated units, many real estate investors find them safer than market-rate units.

“Some people avoid rent-stabilized buildings like the plague,” said Eric Margules, the president of Margules Properties. “I don’t. I’ve always bought rent-stabilized because of the almost guarantee that they can’t go down.”

The cap rates are not as high with regulated buildings, but they can be more of a sure thing.

“Although it’s getting tougher and tougher to make profits based on rent freezing, fortunately values keep rising,” said Robert Knakal, the chairman of New York investment sales at Cushman & Wakefield, who is marketing a $400 million 330-unit (one-third rent-stabilized) portfolio for the estate of Aghadjan Elghanayan at 355 East 72nd Street and 250 East 63rd Street. “If you look on price per square foot basis, you’re buying them at a relatively low price because those rents are artificially low. The downside is relatively low and because of that there are more banks willing to make loans on these properties than others.”

There are four or five lenders for a multifamily building with rent-stabilized units compared with one for an office structure, said Mr. Knakal, who has sold over 1,000 rent-regulated buildings.

For some investors, purchases of rent-stabilized buildings are driven by 1031 exchanges.

With a straight real estate purchase, most investors want a high yield. As a 1031 buy, an investor can afford to buy a property with a lower yield because of the deferred tax benefit and the potential of converting the stabilized units into market-rate ones.

“If someone does a 1031 purchase, they can afford a lower going in return because their after tax return is higher,” said Matthew M. Baron, the president of Simon Baron Development. “I think you have some of that. I also think for a lot of people, rent-regulated buildings offer built-in upside in the long term because as those units turn, you’re able to increase those rents. It’s like buying a low-yield safe bond that over time has the upside of equity real estate.”

Owning and managing buildings with rent-regulated units is not for the faint of heart though. There are a slew of restrictions (take the New York City’s Rent Guidelines Board’s June vote for an unprecedented rent freeze for one-year leases for rent-stabilized units) and there’s a lot of paperwork (such as registering the rents annually). But market-rate units are not without their issues.

Considering rent-regulated versus market-rate rents, Mr. Margules said, “One is restricted by laws and one is by the market.” Sixty percent of his company’s 400 New York City units are regulated. The last regulated building he bought was the 40-unit 42-54 Judge Street in Elmhurst, Queens last October for $7.9 million. While not the case with that purchase, about 15 percent of the company’s building buys have been 1031 deals since his company started investing in the 1990s.

One small New York City landlord who has owned two rent-stabilized co-ops for a number of years is fed up with the system. His rent-regulated tenants pay less than the co-op owners pay in maintenance costs. “It’s supposed to be stabilization, not subsidization,” the landlord, who requested anonymity, said.

He added, “I’m losing a lot of money on my apartments. My tenants are there 40 years and paying one-third of market-rate. Adjusted for inflation it’s gone down slightly.”

Novices, small landlords and foreign investors are not necessarily equipped to navigate the complex labyrinth of state and city rent laws.

“It’s so complicated no one can understand it,” the small landlord said. “It’s a bad idea if you’re a landlord buying one building. You need at least 30 units and then someone who can help you navigate how to run them. It becomes difficult to administer them.” He said the best operators are those who are willing to “run an aggressive tenant management program” meaning operators who are good at finding ways to evict tenants.

Mr. Knakal added, “Some institutions will only buy free-market because they don’t want the negative press with how you have to run those.”

The small rent-stabilization co-op building owner wants to wash his hands of rent-regulated units going forward. “I would never touch rent-stabilization again,” he said. “I don’t want to have the state legislature be my partner.”

However, for those who can handle managing the assets, it can be a boon for their portfolio.

The barrier to entry is high because real estate companies need to know the rules of regulation, including what to do when regulated units become vacant, how to increase the rent, etc.

“You don’t want to be anywhere near an asset like this unless you know how to manage it,” Mr. Moser said.