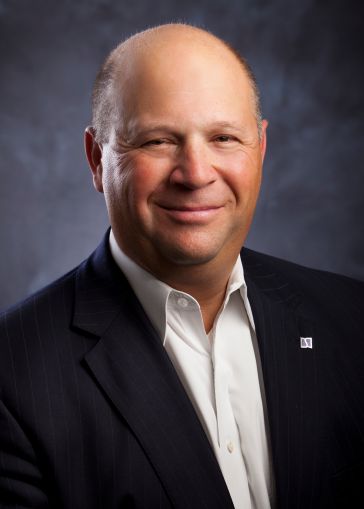 David Bagatelle, who oversees the New York metro market at Sterling National Bank, told Commercial Observer about his role at the company and his teams’ recent expansions. The Queens native started his banking career at M&T Bank in 1989 and went on to become one of the three founders of Signature Bank in 2000. Following several other executive positions at other banks, he joined Provident Bank, Sterling’s predecessor, in the fall of 2011. Provident completed its acquisition of Gotham Bank in August 2012, under Mr. Bagatelle’s leadership. This month, Sterling completed its merger with Hudson Valley Bank, bringing the bank’s assets to more than $11 billion.

Mr. Bagatelle: I am a born-and-bred New Yorker. I was born in Queens, grew up in the New York suburbs, went to graduate school at New York University and have been working for nearly 30 years in New York City. I have never worked anyplace else.

How did you get started in banking?

A week after I graduated from Wesleyan University, I started working at Peat Marwick Mitchell & Co., now KPMG. I was hired into a special program where they recruited liberal arts majors from top schools into public accounting and sent them to get a master’s degree in accounting while working full time. After qualifying for my master’s in accounting at NYU, I applied those credits towards an MBA in finance.

I worked in the New York financial services practice at Peat Marwick, became a CPA, and with my newly obtained MBA, entered on-campus recruiting at NYU. I went on numerous interviews, including one with M&T Bank. The bank’s current chairman and chief executive officer, Bob Willmers, had purchased M&T as part of his plan to revive and grow the bank: He started a program through which he hired newly minted MBAs. Working in a small outpost for M&T in Manhattan, I had an opportunity to do a little of everything, including manage a retail region and run small business lending in the city.

What have you been up to since you joined Sterling?

I met Jack Kopnisky, our president and CEO, in August 2011. I was in the process of buying a small bank in Manhattan known as Gotham Bank of New York. My investment banker at the time, Craig Schiffer of Severa Partners, knew Jack, so we approached him about potentially investing in our deal. Jack had just become president and CEO of Provident Bank, now Sterling National Bank. I discussed with Jack my plan of doing a roll-up of small banks to create a regional bank in New York focused on the needs of middle-market companies, their owners and senior managers. Jack’s plan for Provident Bank was very similar, and he hired me to help him implement it.

The plan was to utilize a single-point-of-contact, relationship-based approach. That was the same basis for creating Signature Bank, of which I was one of the three original founders. Our goal was to combine strategic M&A with organic growth by hiring banking teams from other New York-based banks.

What does your current role entail?

Since joining Sterling, I have been president of the New York metro market with direct responsibility for a number of commercial banking teams. I also co-manage our wealth management business with our chief operating officer, Rodney Whitwell. What I am most proud of is being part of the team that transformed a $3 billion community bank, doing business almost exclusively in the lower Hudson Valley, to an $11.2 billion regional full-service commercial bank doing business throughout the tri-state area and, in some of our business lines, across the country.

What kind of commercial real estate deals do you and your team typically focus on?

We lend on all sorts of different assets in the New York area, including multifamily, office, retail, mixed-use, industrial, hospitality and special-use. The one area we are not as competitive in is construction deals. We have done some deals in the space, but only for our strongest clients and on very conservative projects. The advantages that we bring to the table include the size of deals we do, which is $3 million to $25 million, the speed with which we can get a deal closed, the fact that we do not re-trade deals, and our creativeness, since we do not like to say “no” to a client.

What is one of the bigger deals you’ve closed this year?

It’s been a very busy year for the bank thus far. We have become active in the EB-5 space and are in the process of closing a very interesting deal that will literally transform the city as we know it as a technology hub. We also financed an entity that bought out the real estate assets from a bankrupt retailer. That was a very interesting and creative deal that was a win-win for everyone.

What are your expectations for the rest of the year as far as interest rates and local competition go?

As a result of the current state of the U.S. economy, the fact that we are entering another presidential election cycle and current geo-political events, I would be very surprised if rates move much before the end of 2015. In any event, Sterling is well positioned when, not if, rates move up.

As far as competition is concerned, New York has and will always be the most competitive banking market in the country, if not the world. The names of our competitors may change, but there will always be competition, some of which occasionally act in irrational ways. We continue to be much more disciplined and we are finding tremendous opportunities to help our clients in the New York market.