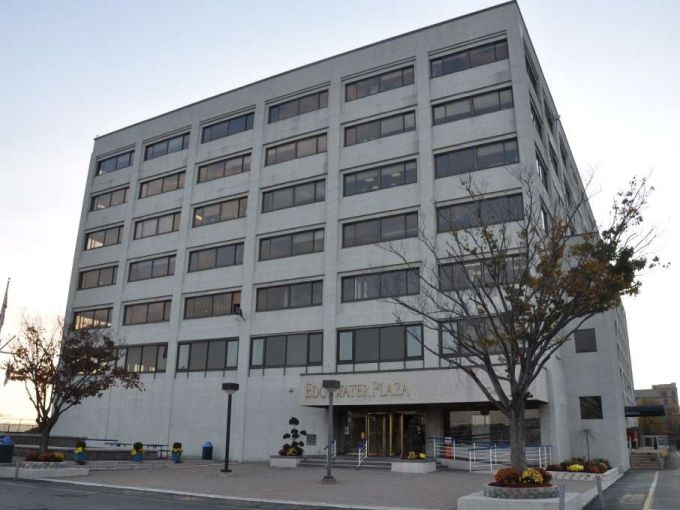 Texas-based construction, rehabilitation and rapid response provider SLSCO has leased 8,000 square feet on the third floor of Edgewater Plaza at One Edgewater Plaza for its first office in New York, according to Colliers International, which is the exclusive leasing agent at the property. Staten Island Performing Provider System, a new joint venture between the Staten Island University Medical Center and Richmond University Medical Center, has nabbed 6,042 square feet on the seventh floor.

The asking rent was $26 per square foot in the seven-story building, Colliers indicated, declining to cite the length of the leases. A source with knowledge of the deals said they were each for five years. The deals were signed last month and the tenants were slated to move in today.

Mr. Wu and Peter Dong acquired the building from LNR Property in mid-May under the corporate entity of Edgewater Plaza Loft, LLC, as CO previously reported. The building will be undergoing a major capital improvements program to include an upgrade to the elevators, upper floors, bathrooms, cafeteria, parking lots, common areas, security and entrance. In addition, the owners are installing an entirely new HVAC system.

“The two new leases for SLSCO, Ltd. and Staten Island Performing Provider System demonstrate that Edgewater Plaza is already becoming an even more attractive office destination for a diversity of tenants,” said Richard J. Madison, an executive managing director and lead broker on the Colliers International team that exclusively represents the owner, in prepared remarks.

The new leases bring the property to 72 percent occupied. Additional tenants at Edgewater Plaza include The City of New York Board of Elections, The New York Police Department and Staten Island University Hospital.