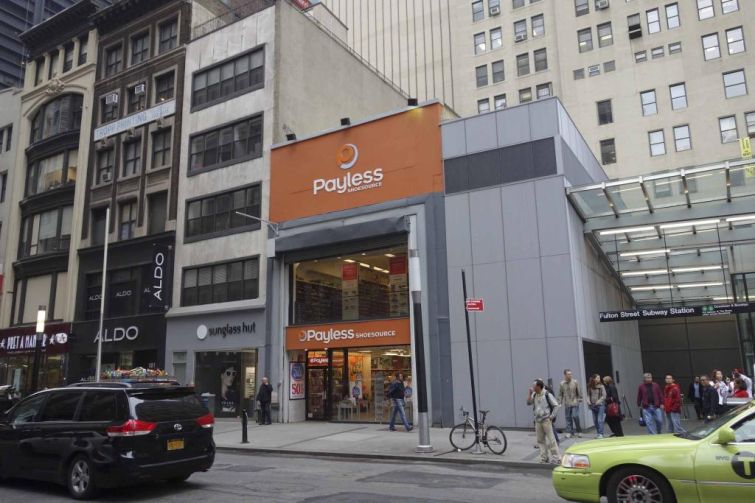 SL Green Realty Corp. has bought two Downtown buildings within an eyeshot of the World Trade Center and a majority stake in a Soho property for roughly $293.2 million, the company announced today.

The company paid $63.7 million for the two-story 187 Broadway (which currently houses a Payless Shoes) and the 66,700-square-foot 5-7 Dey Street. Both properties sit across from 180 Broadway, a 149,160-square-foot development SL Green built up and sold in 2014, the company said in a press release.

Brett Herschenfeld of SL Green noted in the release that the properties are also right near the Fulton Transit Center, “which is serving as the fulcrum of the continuing revitalization of Downtown Manhattan and we are excited to once again create value in the corridor.”

In a separate press release, SL Green announced it bought a 90-percent share of 110 Greene Street, for which the real estate investment trust paid about $229.5 million from Goldman Properties. Control of the 160,160-square-foot, mixed use building adds to the five Greene Street properties in which SL Green has some ownership.

No brokers were involved in the deals.

The announcement of the three pickups come roughly a week after the REIT said it had sold off two major Midtown properties for a combined $642.8 million. Isaac Zion, the company’s co-chief investment officer, said in prepared remarks that the sale of 120 West 45th Street for $365 million and an 80 percent share of 131-137 Spring Street for $277.8 million would fund SL Green’s 11 Madison Avenue purchase. SL Green announced earlier this year it was buying the massive office building for $2.29 billion.