SI Mall Expansion One Approval Away From Breaking Ground 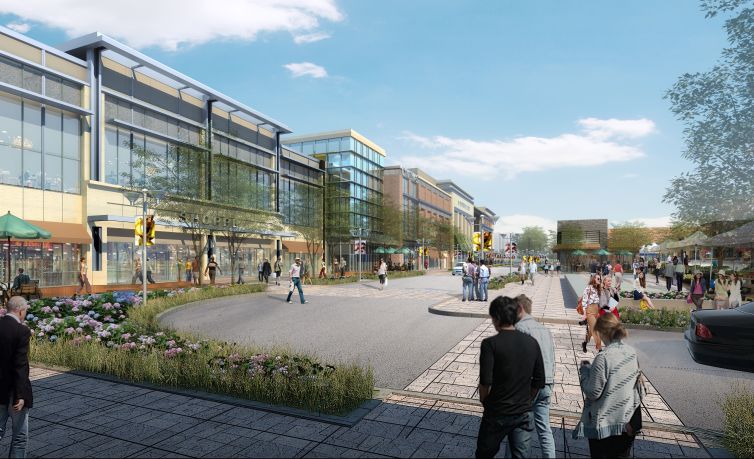 General Growth Properties has to clear just one more hurdle before it can officially start on enlarging the Staten Island Mall’s footprint by a third.

Next up, the commission will send a letter of approval to the city’s Department of Buildings. Construction can commence once the DOB signs off on the project—deeming it has met building codes and safety procedures.

Work at the mall, most of which is slated to be completed in 2017, includes a 75,000-square-foot expansion at the existing Macy’s (which will be finished later), as well as a new 50,000-square-foot Fairway and new 54,500-square-foot cinema, as CO previously reported.

In the zoning application filed on CPC’s calendar, GGP was looking for approval on “a group parking facility which is accessory to an existing commercial development and proposed enlargement in connection with a proposed approximately 418,071-square-foot enlargement of an existing retail development located at 2655 Richmond Avenue.”

The Chicago-based developer is planning to trim down parking at the mall by more than 350 spaces when it builds a new 5,477-space structure at 2655 Richmond Avenue. Because the expansion is on area currently used for accessory parking, it required city approval, as CO reported last week.

Last month, the Department of City Planning gave GGP a notice of completion on its environmental impact statement.

“The EIS identified significant traffic impacts for which the applicant proposed mitigation measures that were acceptable by [the Department of Transportation],” a spokesman for the Department of City Planning told CO last week.

A GGP spokesman did not immediately return requests for comment.