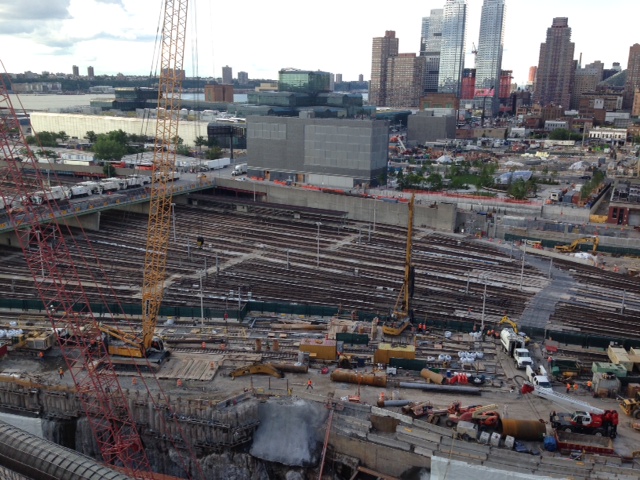 A Flushing-based developer closed on air rights for a long-plagued project in the Hudson Yards section of the Far West Side, Commercial Observer has learned.

David Marx bought 35,550 square feet of transferable development rights from the Eastern Rail Yards, according to property records and a source familiar with the deal. The rights, which sold for $7 million, will go toward construction of a hotel at 450 11th Avenue, which the developer has been working on since before the Great Recession.

The Metropolitan Transportation Authority and the Hudson Yards Infrastructure Corporation sold off the rights to 37-11 Owner LLC in a deal that closed yesterday, records obtained by CO show. A representative of the Hudson Yards Infrastructure Corporation, the city-run organization that promotes development in the area, did not immediately return a request for comment. A source with knowledge of the deal confirmed to CO that 37-11 Owner LLC was Mr. Marx.

Developers will often buy air rights from above the rail yards, which straddles the Hudson River. The Eastern Rail Yards offer 4.5 million square feet of air rights, which can be used on projects specific to the Hudson Yards district, which spans West 30th to West 43rd Streets, and Eighth to 12th Avenues.

Mr. Marx, the head of Marx Development Group, is slated to build a 213,300-square-foot hotel at 450 11th Avenue and the corner of West 37th Street, which will break ground next year, The Real Deal reported in February. He originally had the right to build up to 100,000 square feet at the site and planned to pay $16.8 million for two building bonus funds from the city that would pave the way for his ability to purchase most of the remaining square footage. He did not immediate return a call for comment.

It’s the latest step in the saga for the developer. He bought the property, which is across the street from the Jacob K. Javits Convention Center, in 2007 for $45 million, according to property records. Lehman Brothers took the property back in 2011 after he failed to lock down a construction loan amid the great recession. He was able to buy the property back two years ago for $35 million.

The 438-room hotel at 450 11th Avenue is one of two Mr. Marx is developing on the Far West Side. He’s also building a 399-room Marriott Courtyard on the corner of West 34th Street and 10th Avenue, with the help of a $60 million bridge loan from the Related Companies and Highbridge Principal Strategies, as Crain’s New York Business reported last September.