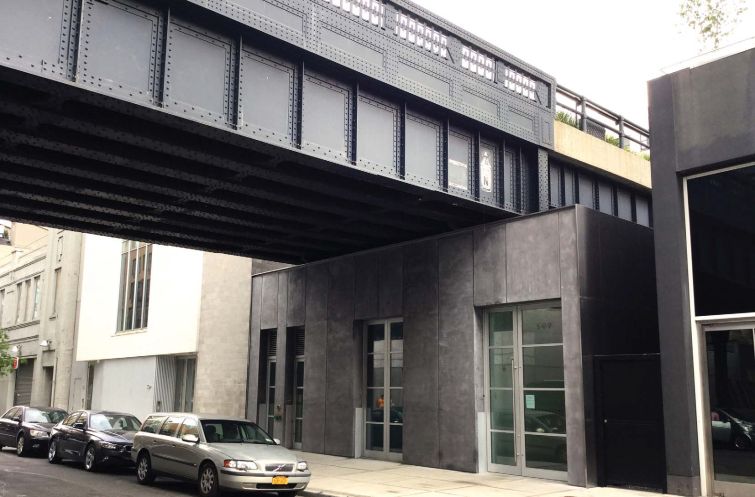 The gallery sold its former building at 547 West 21st Street in 2013 to SR Capital for about $8 million so the developer could have more space for the luxury tower, as Bloomberg News reported that year.

SR Capital promised the gallery, owned by Lisa Spellman, a permanent home in its new tower, but in the interim developed 507 West 24th Street, a one-story, 7,200-square-foot building nestled under The High Line, specifically to house 303 Gallery.

The gallery’s new home on West 21st Street will be in a 11,234-square-foot retail condo anchoring the first two floors and the mezzanine level of the tower. It will also have an additional 1,000-square-foot terrace on the second floor.

“We offered [Ms. Spellman] what it took to give us that land, because that is where a private gated drive court will be,” Dan Lustig, a vice president for SR Capital, told Commercial Observer. “It would have been a tight squeeze without it.”

Now SR Capital wants to sell the West 24th Street building and the company has hired Eastern Consolidated to market it for $16 million.

The building was constructed primarily for use by a gallery or showroom and the neighborhood is home to a number of art institutions, such as the Pace Gallery and Bryce Wolkowitz Gallery, so the marketing team is targeting art gallery owners and collectors. However, it can be used for retail or office as well.

“It is a very unique opportunity because a lot of product in this market have basements, but for storage,” said Mr. Cohen, who is marketing the property with colleagues Evan Papanastasiou, Peter Hauspurg and Gary Meese.

For an investor, the building could pull in around $900,000 in annual rent, Mr. Cohen said, with a ground-floor rate of about $185 per square foot and $54 per square foot in the basement.