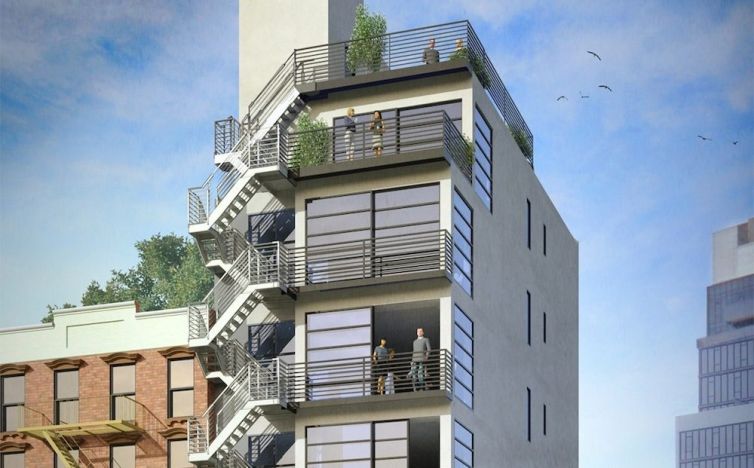 179 Ludlow Street from the condo declaration.

An affiliate entity of Sutton Equity LLC, a family-owned firm led by Steven and Jesse Sutton, has purchased a retail condominium unit at 179 Ludlow Street on the Lower East Side, the buyer told Commercial Observer.

Sutton Equity purchased the 2,200-square-foot condo on the ground floor and a portion of the cellar from the developer of the project, Enclave Equities, for $3 million, Jesse Sutton said. Itan Rahmani of Venture Capital Partners represented both sides in the deal.

“We’re extremely excited about the surrounding developments in the neighborhood,” Jesse Sutton said. “From Hotel Indigo, Ludlow Hotel, Soho House and Magnum Properties’ development site where Equinox recently signed, the Lower East Side is dynamic and has been benefiting from increased foot traffic. We are excited that our condo has a connection with the past in Katz’s 127-year-old establishment, and these brand new hotels and restaurants.” He added that Sutton Equity has “a few tenants in mind that are interested in the space.”

Above are six floor-through residential condo units, The Real Deal reported in August 2014 when sales were about to launch following a seven-year stretch when the building sat half built.