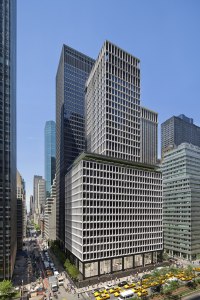 A Singapore-owned investment firm has inked a deal for 49,724 square feet at 280 Park Avenue, The New York Post reported.

GIC, the financial firm owned by the Singapore government, will go on the ninth floor of the 28-story building between East 39th and East 40th Streets at the start of next year, according to the Post. The lease is for 15 years. The firm is leaving 335 Madison Avenue between East 43 and East 44th Streets (where its current lease ran through 2022), which is currently slated to be torn down and a new tower put in its place.

Asking rent was $100 per square foot, the Post reported.

A spokesman for CBRE declined to comment when contacted by Commercial Observer. JLL’s spokesman did not immediately respond to a request for comment.

Interest in the Midtown building has been increasing this year, following two major leases. Fiduciary Trust International and its parent company Franklin Templeton in January signed a 126,000-square-foot lease in the building, as CO reported at the time. That was followed up in March with another 100,000-square-foot lease with PJT Partners.

While the building is attracting financial firms such as these, it also might be drawing the likes of The Four Seasons Restaurant. CO reported in February the famed restaurant’s owners, which has been at the Seagram Building between Park and Lexington Avenues for more than 50 years, were considering 280 Park Avenue as a new site when its current lease expires in July 2016.