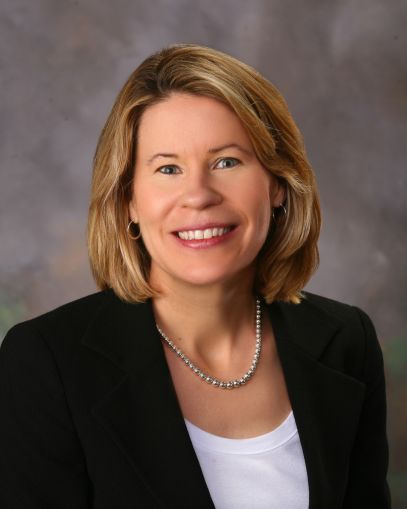 Maria Barry, who started her banking career in the late 1980s, spoke with Commercial Observer about the role she plays in community development and affordable housing throughout the country. Knowing the many intricacies tied to construction costs, borrower needs and the availability of tax credits, her role as community development banking executive at Bank of America Merrill Lynch has allowed her to partner with developers on several unique deals. Among them was financing for the development of a family-owned Latin American supermarket in Boston in late 2013, utilizing the New Markets Tax Credit Program.

Commercial Observer: Where did you grow up and graduate from?

Ms. Barry: I grew up in Madison, Conn., and graduated from the University of Connecticut as an accounting major. I went there on an athletic and academic scholarship.

How did you get started in banking?

When I graduated from college, I took a position at Ernst & Young in Boston. I spent a couple of years in accounting and got my CPA, but realized I wanted a position that had a few more dimensions to it. I interviewed with different banks and took a job in the training program at Fleet Bank in Rhode Island, which launched my banking career. When I started there it was a $2 billion bank, which is actually smaller than my book of business now. Fleet had a lot to offer and all sorts of departments and subsidiaries. Around 2000, I joined the bank’s community development team.

How did you transition into your current role?

In 2004, Bank of America acquired Fleet. At that point I was responsible for running the Northeast team, which covered New York to Maine. In 2009, my role expanded to cover the country.

What does your position entail?

We deliver financing for affordable housing development to clients across the country. Most of our financing includes debt and tax-credit equity. When needed, we also provide our clients with all of the bank’s products, including Treasury management, interest rate protection and employee benefits.

To what extent can you talk about your client base?

We work with affordable housing developers, including developers of workforce and supportive housing, as well as charter schools. Some of our repeat clients include Winn Development, Beacon Partners and Michaels Development Company on the East Coast, and Meta Housing, Mercy Housing and BRIDGE Housing on the West Coast and Central regions. Our charter school clients include DC Prep and Turner-Agassi, among others.

You travel a lot for work. Where does that take you?

My office is based in Providence, Rhode Island. But since our team of 150 people is spread out in all of the country’s major cities I spend time in Boston, New York, D.C., Charlotte, Dallas, Houston, Chicago, St. Louis, Seattle, San Francisco and L.A. I’m on the road a lot, given our national footprint.

Can you talk about a significant East Coast deal you’ve worked on in recent years?

In December 2013, Bank of America Merrill Lynch provided financing to Tropical Foods, a family-owned ethnic grocer in Dudley Square, Boston, for its new 44,000-square-foot supermarket. Tropical Foods needed financing to support the development of this new, full-sized, modernized facility that adequately met the needs of the area’s diverse low-income community.

We provided financing using the New Markets Tax Credits Program, which provides an upfront subsidy for developments in low-income neighborhoods that create jobs and services for local residents. Bank of America Merrill Lynch provided $14 million in new deposits, tax credit equity of $3.6 million to the project, paired with $8.3 million in debt financing from the bank. The new store will expand its retail space by over 300 percent and this development is the first of a three-phase project.

What are the bigger political and financial issues you see in creating and preserving affordable housing in big cities like New York?

One of the biggest challenges right now is the cost of construction. Where clients aren’t able to get 9 percent tax credits to finance their deals, they are going after bond allocations, which are in the 4 percent credit range and require more subsidies. As a result, we’re definitely seeing more preservation requests.

What’s your take on the New York market?

New York is a very important market for us and there is a huge need for affordable housing there. We are 100 percent committed to figuring out ways to make that happen. We want to be a part of the solution.

What are your expectations going forward?

Our business is really booming right now and we have really deepened our client base, so I expect to see a continued focus on creating and preserving affordable housing. When I go to a ribbon cutting, I joke with my colleagues sometimes that I can’t tell who’s happier—is it the developer of the project or is it my team, who helped finance it? At the end of the day, it’s all very positive. We’ve had an ongoing commitment to this business for 30 years and we’re a steady player in the market.