Phase Two of the DTZ Acquisition of C&W 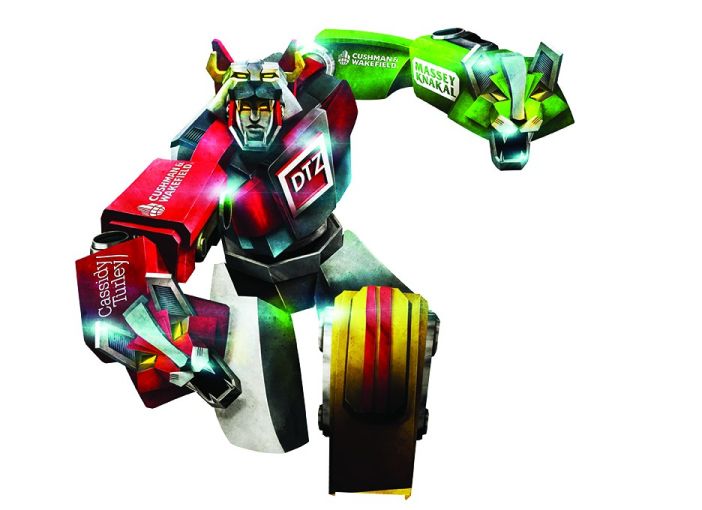 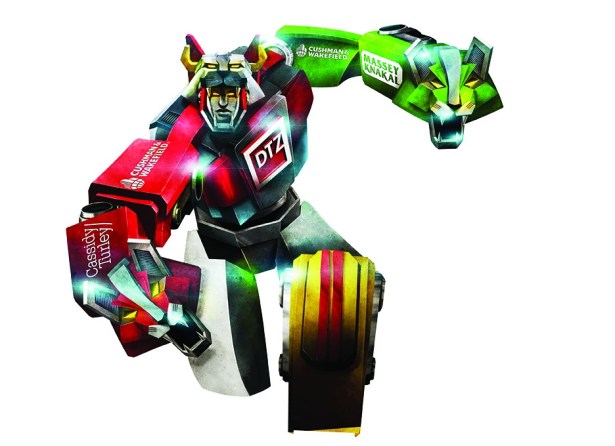 When news broke just over a month ago that Cushman & Wakefield—the world’s largest privately held real estate services company—was selling to Chicago-based rival DTZ for about $2 billion, you would have expected waves throughout the industry. But actually, insiders tell Commercial Observer, the combined firms’ new setup—with CBRE alum Brett White helming the integrated company, which will keep the Cushman name and bring the Massey Knakal Realty Services, C&W, DTZ and Cassidy Turley professionals under one flag—was a very obvious call.

“The empirical data suggests [an initial public offering],” is in their future, said David Schechtman, a veteran investment sales broker not affiliated with any of the firms in the deal. Indeed, TPG Capital, DTZ’s backer, is a private equity firm, and private equity firms are not known for making long-term investments.

“The more important thing to keep in mind is that this is not a new phenomenon,” said Mr. Schechtman, who is at Meridian Capital Group. “We see this time and again in bull markets.”

“This” being consolidation. Firms tend to gobble one another up in boom times, always hoping to reach the escape velocity where they become not just a regional or national player, but the type of global services provider top-tier corporations tap for their assignments—the biggest and most lucrative assignments in the commercial real estate business.

The combined entity will boast more than $5 billion in annual revenue, according to reports, and a workforce of about 43,000. That puts them within swinging distance of the top dogs, CBRE and JLL, which have reported revenues of about $9 billion and $5.4 billion, respectively.

CBRE and JLL have been at the top of the heap for a while. With Mr. White, the former chief executive officer of CBRE, DTZ/C&W has someone who has seen what one of its main rivals does well, and does not do well, from the inside. And with him, they hope to be poised to rival their global competitors. The obvious way to do that is to raise capital via an IPO. The issue, observers from many corners of the industry say, is whether time is on their side.

Time Waits for No Firm

In New York City, C&W has managed to consolidate in a remarkably strategic fashion. At the end of last year, C&W threw $100 million at its investment sales problems by acquiring Massey Knakal. By adding a very strong middle-market investment sales team with a debt placement division to its debt and equity, investment sales and leasing divisions that work in the top of the market, it has made itself a competitor with a number of firms without creating a lot of redundancy.

With the DTZ buy, C&W also avoided too much overlap in New York, because DTZ’s presence here was relatively small. But that is not the case in every region.

“There is overlap in Boston, in San Francisco,” said an insider at C&W. (In fact, in Boston, two former business partners who do not get along split awhile back. One went to DTZ and one to C&W. Now, the two will be working together again, much to their chagrin, one DTZ insider told CO.)

No one at C&W will be threatened by the DTZ buy in New York City, but elsewhere there are redundancies, Arthur Mirante, a principal and tri-state president of Avison Young, told CO at last week’s Power 100 party. (It should also be noted: the acquisition hasn’t closed yet.)

In those areas with overlap, there will likely be layoffs, and after them, a period of stabilization. Both DTZ and C&W declined to comment for this story.

There will also be those who choose to switch teams now that a new major player has stepped onto the field, sources said. “Some people feel lost in these big organizations,” and will want to test out the new kid on the block, which some say will take a less bureaucratic tack than its would-be cohorts, said an insider at DTZ.

And of course, the combination of Massey, Cassidy Turley (which DTZ acquired last year for around $557 million), DTZ and C&W means there are likely those within the combined entity who want out.

All of this means a shuffle in the industry, which is not particularly unexpected or unprecedented. However, the shuffle does have a timer on it, our sources say.

‘Valuations for real estate services business are high [right now] … if you look at the market cycle, we aren’t in the second or third inning [for taking a company public]… we’re in the fifth or sixth inning.’—a DTZ source

For a successful IPO, “you have to be able to convince the public that there are synergies,” said a C&W broker who asked to remain anonymous. The public needs to believe “that the acquisition and then the integration have gone smoothly. That takes 24 months.”

The DTZ insider agreed, saying the time frame for the IPO was “20 to 24 months”—not long to stabilize, boost revenue and craft a strong corporate “story,” which is something observers agree Wall Street looks for in a company that wants a public listing.

On top of that, there is speculation that actually, DTZ/C&W has started preparing for this push toward going public too late in the cycle.

“Valuations for real estate services businesses are high,” right now, said the DTZ source. But there could be “a possible headwind … if you look at the market cycle, we aren’t in the second or third inning … we’re in the fifth or sixth inning.” And if we get to the bottom of the ninth before TPG can exit, they might “have to wait for the market to go back down and up again—that could take three or four years.”

Another broker, from a competing firm, who asked not to be identified had a harsher take: “I don’t think anybody fucking cares [about the merger],” he said. “In five years, nobody’s going to be doing dick anyway.”

Preening for the Public

As the newly formed firm prepares to impress underwriters, it must prove that it has strong revenue sources, broad revenue sources and diverse markets at its disposal, said the second DTZ insider.

“You need contractual and transactional revenue, and a good balance between the two,” he said. “They want you to have good exposure to the hot markets, but still have some exposure to the emerging markets.”

In this sense, DTZ and C&W are perfect bedfellows. DTZ’s strength in Asia and C&W’s in New York—bolstered by the recent addition of Massey Knakal—are highly complementary.

It would make sense, our source at DTZ said, and others concurred, for the combined company to focus on debt placement, in particular.

“There is more debt restructuring than there [are] investment sales,” deals, the source said, because, say, a long-term holder of multifamily assets may need to refinance every five years, but won’t sell for 20, 30 years. Plus, handling capital sources for owners gives a broker “a seat at the table,” with those investors—a coveted spot that can lead to other business.

“You want an integrated platform for debt and equity,” the source said. But of course, you also need to show you have robust property management, investment sales and leasing divisions.

“They need a steady stream of income to go public, and so will focus on debt more,” said a CBRE insider who requested anonymity.

And Massey Knakal alumni will have superstar debt and investment sales brokerage Eastdil Secured firmly in their sights, the C&W insider said.

“Bob [Knakal] is going to be going after Eastdil. You have to talk to them if you are doing a big transaction in New York,” right now, he said. And the consolidated C&W wants to disrupt that stronghold on the massive deals in the New York market.

While being the third biggest commercial real estate brokerage in the world might seem like enough of a “story” to satisfy Wall Street, DTZ/C&W will need to differentiate itself from its competitors, somehow, sources agreed. (And as for its future name, the newly formed company will take the Cushman & Wakefield moniker.)

For now, it looks like insiders say the company’s first stabs at a narrative paint it as the less corporate cousin of JLL and CBRE.

“I think the story is really about … [being] not a bloated or hierarchical structure,” said the C&W insider. “The structures that exist in the two [main companies, JLL and CBRE] that are public … are inefficient.”
Others say that while creating a transparent, less bureaucratic corporate structure may be a noble goal, it’s also an impossible one.

“It’s a great business plan, with wonderful people,” said Mr. Schechtman, who works at Meridian Investment Sales, a competitor to C&W. “But the bigger you get, the more controls you need to have in place.” And soon, a bureaucracy emerges.

But another broker, with Massey Knakal until the merger, said that the “de-siloing” of the business lines—siloing being corporate-speak for keeping divisions separate—is great for creating competition among brokers, which in turn creates more deal volume.

“Brett would be apt to un-silo the business,” he said. “People were motivated at Massey … but it’s really siloed at Cushman, and I think he’s going to try and de-silo.” In fact, news broke in January that C&W would adopt Massey Knakal’s signature “territory system” (where brokers develop geographical expertise, rather than focusing on one aspect of the real estate business) in New York for investment sales.

But with Mr. White at the helm, everyone agrees that some hints of CBRE are likely to pop up at DTZ/C&W. “Brett will … mimic the CBRE path,” confirmed the CBRE insider.

Indeed, Mr. White has already snatched up Mike Smith, a 10-year CBRE veteran, to head up the new C&W’s West Coast offices, a source told CO. Now, a deluge of poaching is about to ensue.

“There are going to be more Mike Smith stories coming down the pike in coming months,” said the DTZ source.

He claims that JLL is already feeling the shake-up, as DTZ/C&W has already put out the feelers.

But none of the particulars will be important if things don’t settle down in time for an IPO at the end of 2016 or the beginning of 2017, multiple sources said.

“The story right now is just how rapidly they want to get this done,” said the DTZ insider. “Even before the Cushman merger, it was all about getting ‘public ready’ by 2017. The TPG folks want to get out by 2017, latest.”