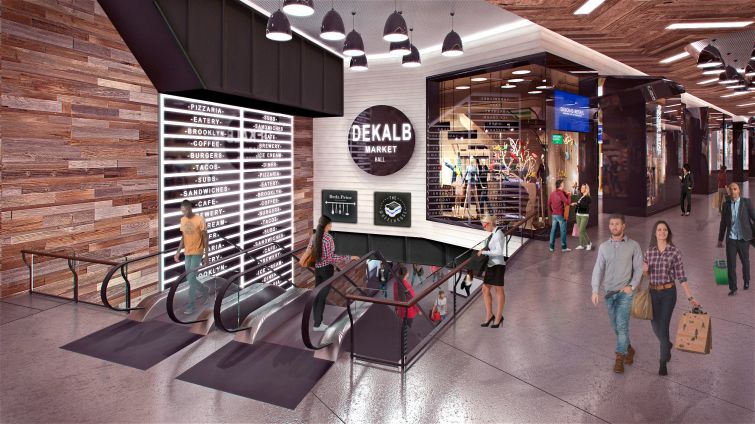 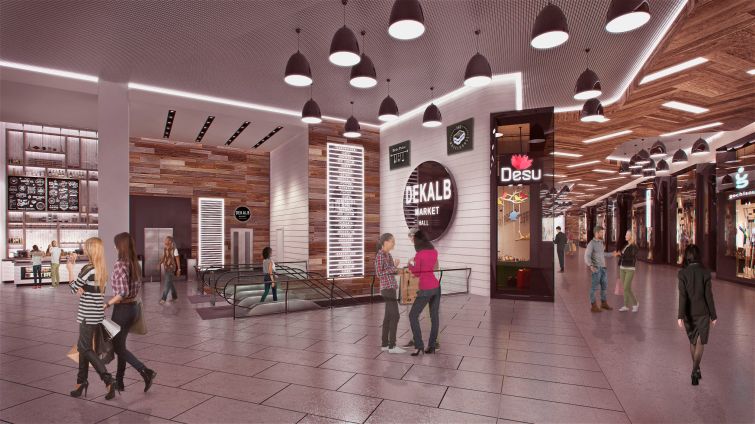 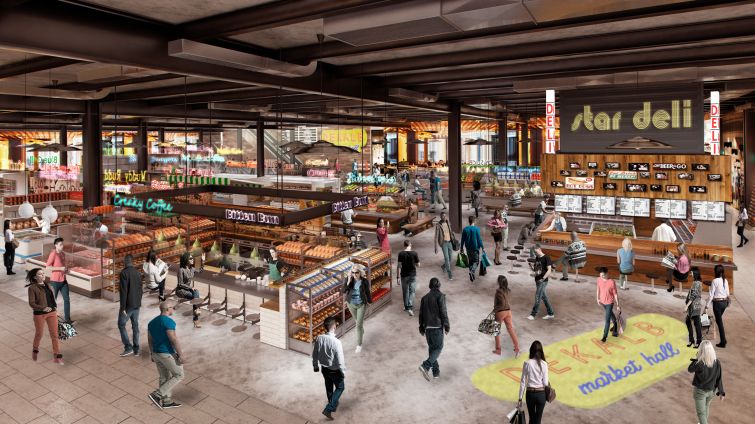 “I’m just trying to create a really great gathering place for people to hang out,” Anna Castellani, the president of Local Culture Management and a partner in DeKalb Market Hall, told Commercial Observer. Ms. Castellani is partnering with Acadia Realty Trust and Washington Square Partners, co-developers of Downtown Brooklyn’s City Point, home to the 27,000-square-foot concourse-level DeKalb Market Hall. Opening early in the mornings, the market is “going to be open late-night as well.”

Ms. Castellani said the food hall, for which she has a 20-year lease, is about 50 percent spoken for and by the time it’s done there should be 40 vendors. Slated to open in spring 2016, tenants include Arepa Lady, Eight Turn Crepe, No. 6 Coffee, Forcella Pizza, Pierogi Bar, Fletcher’s Brooklyn Barbecue, Pain d’Avignon, Steve’s Ice Cream and Cuzin’s Duzin and likely Katz’s Delicatessen as an anchor.

Paul Travis, the managing partner of Washington Square Partners, and Christopher Conlon, the executive vice president and chief operating officer of Acadia Realty Trust, are spearheading the effort to create the complex, and they have said the food component is key.

“It’s very important that this feels like a real place,” he said, noting that it’s “a little more connected to Brooklyn.”

While food halls have been quite trendy as of late, Ms. Castellani said this one would be different.

“It’s much more homegrown,” she said, with established Brooklyn brands as well as newbies.

Ms. Castellani, the owner and operator of Foragers Market in Dumbo and Chelsea, is mulling bringing a Foragers Market to the project, which would mean she would tack on another 3,500 square feet to the 27,000 square in her purview.

DeKalb Market Hall is just part of a 60,000-square-foot lower level in the 1.8-million-square-foot mixed-use project. The rest of the space downstairs will be occupied by two full-scale restaurants, a grocery store (she wouldn’t name the operator but said it wasn’t anyone local) and another unnamed food and entertainment vendor that will take up about 4,500 square feet.

Food vendor spaces in DeKalb Market Hall start at 150 feet each and the rents are “below market,” Ms. Castellani said. Mr. Travis said the rents are about $30 per square foot in the three- to five-year license agreements.

“For a tenant, starting rents are very friendly towards vendors,” Ms. Castellani said. “We’re doing it on purpose to lure great people.”