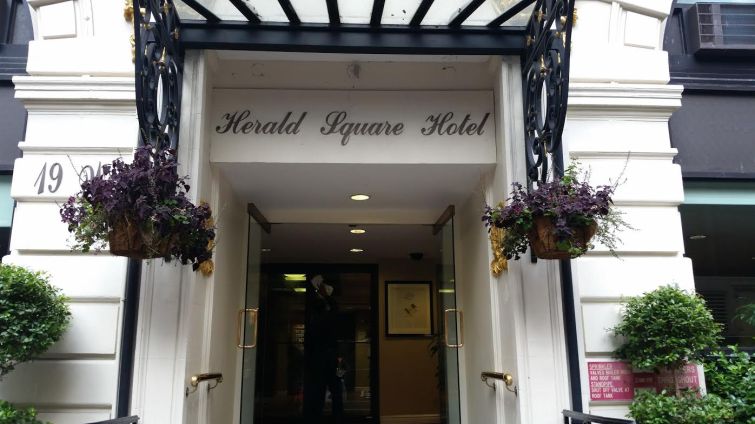 Bob Skinner from Charles Rutenberg represented the seller in last Friday’s off-market deal and StarBridge Commercial’s Peter Kim represented Mitchell Holdings. Between 1894 to 1936, the building was home to Life magazine.

The 121-year-old, eight-story, 96-room Herald Square Hotel has been family-owned and operated since 1965, according to its website.

Mr. Mitchell, who developed the ultra-luxe condo development The Whitman at 21 East 26th Street as well as Soho House Miami, didn’t immediately respond to a request for comment, but his plans call for adding two floors and including 15,000 square feet of food and beverage space on multiple floors, a source with knowledge of the deal said. The hotel will have 120 rooms and will cater to millennials.

“This was a very complex deal with many moving parts,” Mr. Skinner said via a spokeswoman. “The Puchall family lovingly took care of the building through the generations and I am thrilled Rutenberg was able to consummate such a deal, especially as an open listing. We came to the plate beating out hundreds of brokers over several years. We really made sure we had the right buyer for this complex transaction.”