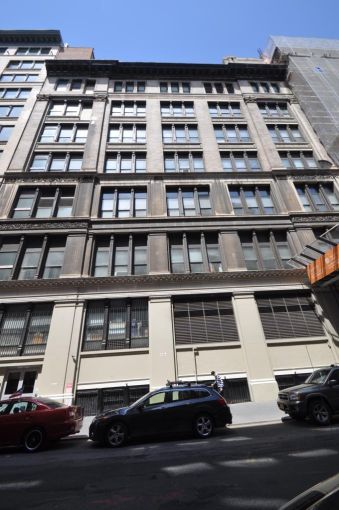 Law360, a legal trade publication, is consolidating its office space to two full floors at 111 West 19th Street in Chelsea, moving from its two locations in Union Square. The company is taking 46,000 square feet across two floors in the 10-year lease, according to the Kaufman Organization.

Asking rent in the building between Seventh Avenue and Avenue of the Americas was in the mid-$60s per square foot, according to the landlord. Law360 is planning to move into the new space by November, per a Kaufman Organization spokesman, and will take the fifth and sixth floors.  Paul Ippolito of Newmark Grubb Knight Frank represented Law360. Steven Kaufman, Barbara Raskob and Yvonne Chang of the Kaufman Organization represented the landlord in-house.

The Kaufman Organization has poured $10 million into upgrading the eight-story building including a new air conditioning system, according to The Wall Street Journal, which first reported news of the deal.

“When you factor other improvements like the renovated lobby, new elevator cabs and the addition of state-of-the art broadband technology—among other upgrades—it’s easy to see why tenants are so attracted to the property,” Mr. Kaufman said in prepared remarks.

Other tenants include the Barbarian Group, an advertising agency that in October 2013 inked a deal for 23,000 square feet on the seventh floor, as Commercial Observer reported.

Law360 currently has offices at 860 Broadway and at 200 Park Avenue South, both between East 17th and East 18th Streets. The agency noted in a press release that it had expanded to 200 employees across those two offices. Office space at 111 West 19th Street, according to the release, will be able to accommodate 300 people including reporters and employees on the business side.

“Law360…needed a location in which it could continue to thrive, expand and succeed,” said Scott Roberts, the general manager of Law360, in prepared remarks. “As such, we identified 111 West 19th Street because it offered two expansive full-floor units, each with sprawling layouts that foster collaboration amongst our rapidly growing staff.”