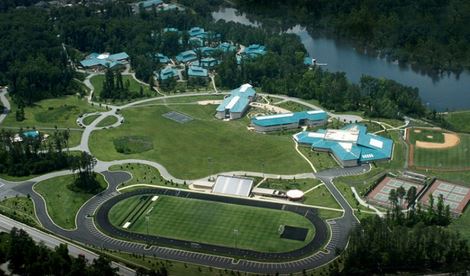 The two-year loan retires $6 million in existing debt and frees up cash to boost enrollment at American Hebrew Academy—the only pluralistic Jewish boarding school in the world, according to the lender. While Titan could not provide the interest rate, the loan-to-value ratio is around 28 percent, with the school recently appraised at $90 million, said Daniel Nadri of Titan, who worked on the deal.

The 100-acre nonprofit school, located in Greensboro, N.C., took the loan in its own name, without an additional guarantor.

AHA was founded in 2001 by Maurice “Chico” Sabbah, a philanthropist, who initially donated $150 million to develop the campus, which holds 400,000 feet of space in 31 buildings over 100 acres. Following Sabbah’s death in 2006, his nephew Glenn Drew took over as the executive director.

Sabbah’s business, aviation reinsurance firm Fortress Re, was embroiled in lawsuits following the Sept. 11 terrorist attacks, and paid out a reported $400 million. As a result, his pledge to the school was threatened, and many expected AHA to close. However, in 2005, the school and Sabbah were able to reach a settlement that provided the institution with “a significant financial endowment,” according to Insurance Journal, although the amount was not disclosed.

With the new loan from Titan—which has offices in Connecticut, Manhattan and Miami—the school’s financial future seems secure once again.

“The funds we are providing will allow the school to increase its marketing efforts and expand its enrollment to students around the world,” said Mr. Nadri.