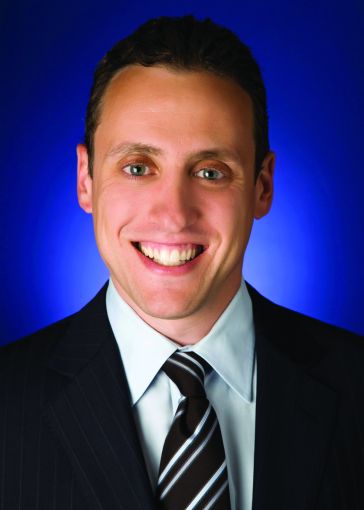 Mr. Pollack, who also served as head of risk for structured finance at Deutsche Bank, is taking over as chief investment officer for Blackstone Real Estate Debt Strategies. He will report to Michael Nash, the global head of BREDS, in his new role.

“I am delighted to join Blackstone,” Mr. Pollack said in the release. “They are the leading real estate investor in the world today in almost every sector. I see terrific opportunities here, and I am looking forward to working with the team.”

Mr. Pollack, who joined Deutsche Bank from Nomura Bank in 1999, took the helm of the German banking giant’s global CMBS business in 2011. In 2014, Deutsche Bank led U.S. CMBS issuance with $23.5 billion in deals and ranked as the top global and national bookrunner of securitized commercial real state debt for the fourth consecutive year.

Bloomberg Business first reported the news of the Deutsche Bank veteran’s departure on Friday. Deutsche Bank “remains firmly committed to maintaining our leading position in structured finance,” said Tom Cheung and Daniel Pietrzak, the firm’s co-heads of structured finance for Europe and the Americas, in a memo sent to Bloomberg.

Matt Borstein, who has served as Deutsche Bank’s head of commercial real estate for North America since February 2015, will assume leadership of its U.S. CMBS business, while other executives at the firm will oversee its global CMBS deals, a person familiar with the matter told CO on background. Mr. Borstein joined the bank from Eastdil Secured, the commercial brokerage subsidiary of Wells Fargo, in 2010.

Mr. Pollack, who ranked among Mortgage Observer’s 50 most important people in commercial real estate finance three years in a row, holds a bachelor’s degree in economics from Northwestern University.

“Looking forward, Jonathan’s talents and experience will help accelerate and enhance our growth, as we become one of the preeminent real estate finance firms in the world,” Mr. Nash of Blackstone said in prepared remarks.

A spokesman for Deutsche Bank declined to comment. Mr. Pollack could not immediately be reached for comment.

Update: This story was edited to include more details about Deutsche Bank’s CMBS business going forward.

Urbanspace to Open Food Hall in the Financial District