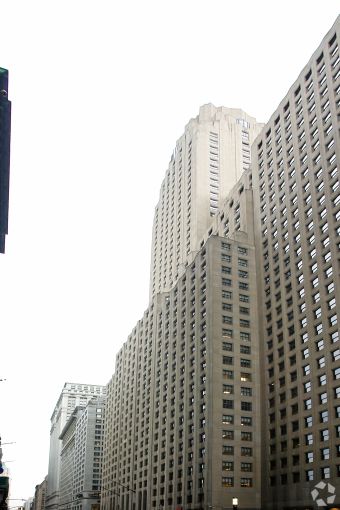 Macklowe Properties has hired RKF to lease the retail space at the base of the former home of Bank of New York Mellon at 1 Wall Street, Commercial Observer has learned.

The retail space at the 50-story Art Deco Financial District tower is about 100,000 square feet, but could grow to 200,000 square feet with additional floors taken. It spans the ground and second floors as well as below-grade.

“The building runs from Wall Street to Exchange Place on Broadway and [has] approximately 365 feet of frontage on Broadway, less the residential entrances, whatever those are,” Robert K. Futterman, the founder of RKF, told CO. He is marketing the space along with RKF’s Peter Whitenack and Jackie Totolo.

As was previously reported, Harry Macklowe‘s Macklowe Properties is converting the tower into a residential building with the retail component. He bought the building at the beginning of 2014 for $585 million.

Mr. Futterman noted that the building “sits right down the block from New York Stock Exchange across the street from Trinity Church. If you look at it, it’s almost the epicenter of New York.”