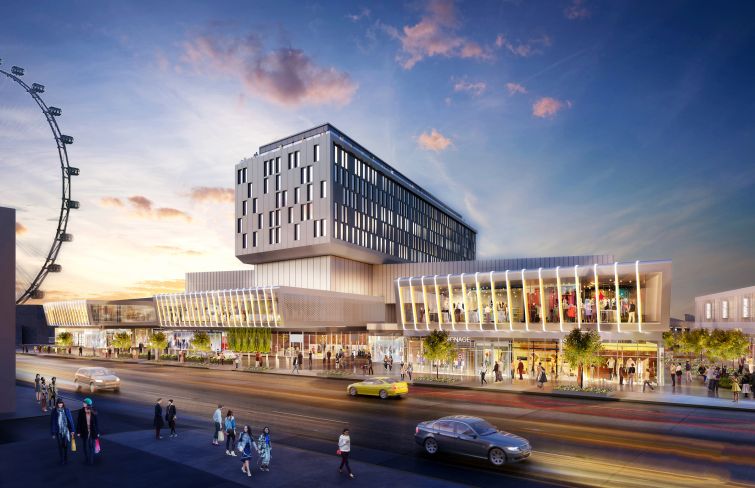 BFC Partners may have just broken ground on the 340,0000-square-foot Staten Island retail complex Empire Outlets in April, but the developer is already lining up service packages for its future shoppers, Commercial Observer has learned.

Bags Inc., which has a service partnership with the Walt Disney World Resort, has partnered with Empire Outlets to provide professional concierge agents for the mall’s guest services kiosks. The agents will do the following: currency exchange, stroller rentals, shipping and package storage, according to information provided by BFC’s spokeswoman.

“If you spend a certain amount, it will be free to ship,” BFC Principal Joseph Ferrara told CO at the International Council of Shopping Centers‘ RECon Las Vegas.

In addition, BFC and the neighboring New York Wheel—a 630-foot observation wheel—are planning to offer combination travel packages for tourists looking to visit multiple hot spots on the northeastern side of Staten Island.

The developer of Empire Outlets and the Wheel‘s Richard A. Marin, the president and chief executive officer of New York Wheel LLC, are creating programming called “Destination St. George,” “a tourism campaign to help launch the North Shore of Staten Island as a worldwide visitor magnet for decades to come,” according to an email from BFC’s spokeswoman. The developers will be partnering with the Staten Island Yankees, Snug Harbor Cultural Center & Botanical Garden, St. George Historic Theater and Lighthouse Museum/Lighthouse Point for the packages.

“We’re going 10 steps and above and beyond in our marketing,” said John Pitera of Casandra Properties, the consultant and leasing representative on the project, at ICSC.

Empire Outlets is getting a boost from NYC & Company, the the city’s official marketing, tourism and partnership organization. It is one of four projects being showcased on national and international trade missions by NYC & Company along with the Wheel, One World Observatory at 1 World Trade Center and The Whitney Museum of American Art.

“NYC & Company invites its members to join us at trade shows and represent their businesses/attractions to the tourism trade (operators),” a NYC & Company spokeswoman emailed. “Empire Outlets and the New York Wheel joined us at ITB Berlin in March 2015, and will also join us at IPW later this month.”

Empire Outlets is part of BFC’s 1-million-square-foot development which will include an 140,000-square-foot hotel with 200 keys, 12 restaurant concepts and a parking garage. Of the 340,000 square feet of retail, 150,000 square has been leased, as CO reported yesterday in a story about Yong Kang Street, an Asian-fusion restaurant, signing a lease for 3,500 square feet at Empire Outlets. There will be 12 different restaurant concepts in the mall. Applebee’s is considering signing a lease in the complex, Mr. Ferrara said. Empire Outlets and the Wheel are arranging for a private water dock to be used by more than one operator.

The mall’s soft opening will be at the end of 2016 with its grand opening in the first quarter of 2017, when the Wheel opens.