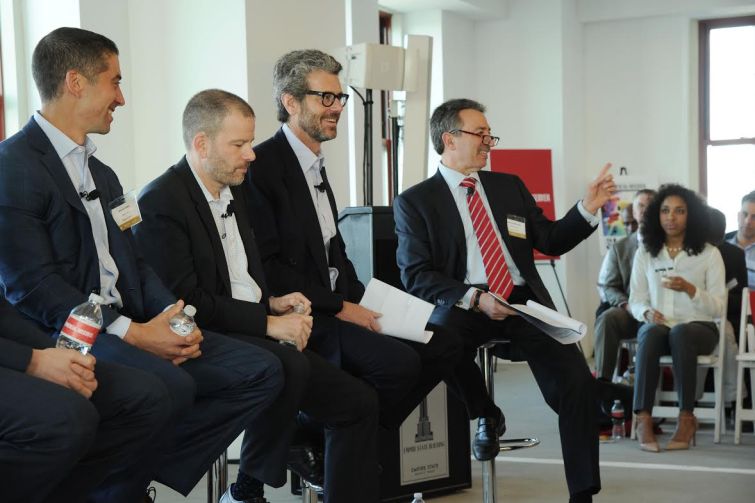 Ask Anthony Malkin about LEED and he’ll tell you how he really feels.

The chief executive officer of Empire State Realty Trust thinks the clean air certification for buildings (officially Leadership in Energy and Environmental Design) is a good starting point, but it doesn’t do much for tenants or landlords. Instead, it’s all about keeping energy costs low in buildings with new technologies as opposed to a points system for miniscule things.

“We have a very good adviser who said if you don’t get LEED, it’s going to be very difficult for you to criticize it. So we did,” Mr. Malkin said as a panelist at Commercial Observer’s “Upgrade New York” breakfast last week. “The concept that you get a point for harvesting bamboo in Indonesia, putting it on a boat that stops by Fiji and picks up a bottle of water…Brings it to a port in L.A., which then takes it in a train across the United States and is put on the floor of an office in New York City, and you get a point for that? That’s just freaking absurd.”

His fellow panelists agreed that a new tenant, particularly in the tech sector, wants a building that can keep the energy bills low more than anything. But the strongest comments came from Mr. Malkin, whose revamped his Empire State Building now uses less energy with state-of-the-art measures such as lights that dim when the room is empty or is getting more sunlight, and elevators that reuse energy from their breaks to power upward elevators.

“This is the most efficient building of its size of any age in the United States that’s occupied,” Mr. Malkin said. “We have an energy intensity unit, or energy unit intensity of 72 in this building. The median in New York City is 218. It is no colder, it’s no hotter. It’s no darker. There are no fewer elevators.”

His tenants might not even know the building is LEED certified, which judges how environmentally friendly it is based on the number of points it has for things such as bike racks and emissions. Many technology and emerging companies are more concerned with how much energy a building uses than its ranking on the LEED scale, said co-panelist Sacha Zarba, an executive managing director at CBRE who specializes in tech tenants.

“[LEED] doesn’t hurt,” said Mr. Zarba, who represented LinkedIn in its leases at the Empire State (it now has 160,000 square feet). “From a tenant perspective, it’s not a box that usually needs to be checked. It’s important to LinkedIn—the energy efficiency and sustainability of a building—but LEED as a word is not.”