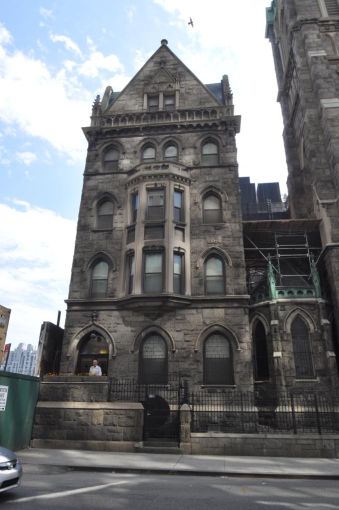 The Archdiocese of New York today announced it would consolidate 31 parishes to accommodate changing climate in the Catholic Church.

Cardinal Timothy Dolan said the parishes would be merged into 14 in Manhattan, the Bronx and counties north of the city, the Associated Press reported. It’s the second round of consolidations for the Archdiocese in the last six months: Mr.  Dolan announced in November that 112 parishes, throughout the Bronx, Manhattan, Staten Island and counties north of the city, would be consolidated into 55.

The newly announced merger will take effect Aug. 1, according to the AP. Mr. Dolan said churches from the 1800s and 1900s weren’t necessary for the 21st Century’s Catholic Church.

Houses of worship, with steeples only so high, have also become crucial in developers’ quest for more air rights to build towers in the city.

Hines last September paid $71 million for Saint Thomas Episcopal Church’s air rights to get closer to the heavens on its project at 53 West 53rd Street between Fifth Avenue and Avenue of the Americas, as The New York Post reported. Extell Development in 2012 paid the Roman Catholic Church of Saint Raphael at 502 West 41st Street $16.5 million for roughly 140,000 square feet of air rights, The Real Deal reported at the time. The rights were for the developer’s 52-story 555 10th Avenue.

The cardinal in the past has supported rezoning that allows the church to sell the air rights for landmarked churches such as St. Patrick’s Cathedral, according to The New York Times. The argument has been that the profits from air rights sales would go toward preserving houses of worship.