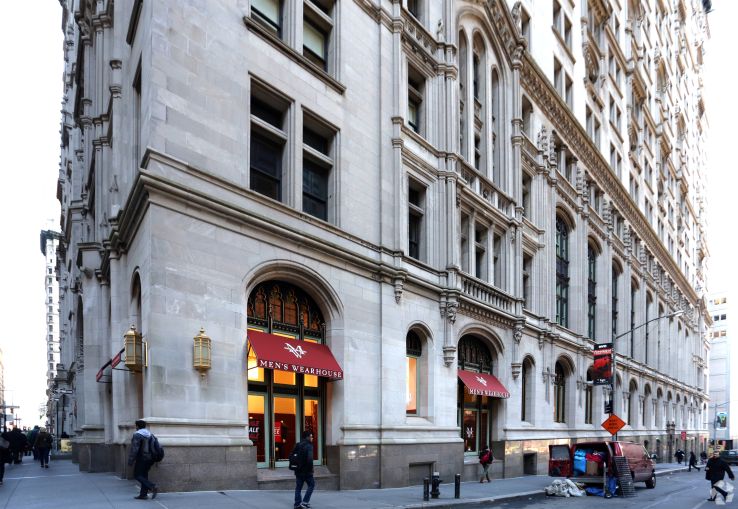 Paperless Post, which in 2013 took 15,000 square feet on part of the 18th floor at 115 Broadway using a $250,000 relocation bonus, is expanding its office space in the building to accommodate its growth, Commercial Observer has learned.

With the addition of the 19th floor, Paperless has approximately 36,000 square feet at the building, which is one of two landmarked office towers that are together called Trinity Centre (the other one is 111 Broadway), according to a spokeswoman for the technology company.​ The company expects to occupy the 19th floor in the first quarter of 2016.​

On April 7, the online card and event invitation company signed a 10-year lease for 21,000 square feet, spanning the entire 19th floor, in the building between Thames and Cedar Streets, the spokeswoman said, and extended the lease on the 18th floor as well. In addition, the company has been subletting 3,500 square feet on the 15th floor since February.

Its current lease commenced in September 2013, when asking rents were reportedly in the high-$30s per square foot. The original term was eight years but it was extended to a 10-year term with the 19th-floor expansion, the spokeswoman said. Paperless made a move from 151 West 25th Street between Avenue of the Americas and Seventh Avenue to Lower Manhattan with a $250,000 relocation grant from the state-city corporation, Lower Manhattan Development Corp. Paperless was one of six companies to receive the benefit, awarded through the city’s Economic Development Corp.

Meanwhile, fashion designer Alexander Wang Inc. is negotiating for office space at Trinity Centre, sources with knowledge of the transaction told CO. That could mean a move soon from its office space at 386 Broadway between Walker and White Streets in Chinatown.

In February, The Pegasus Group, a company that owns and develops multi-tenant properties, primarily in neglected or underdeveloped urban areas, finalized a 10-year lease for 2,767 square feet at 115 Broadway, as was previously reported.

VaShawn Cooper of Capital Properties, which owns the building, didn’t immediately respond to a request for comment.