The End Of Starbucks as We Know It? 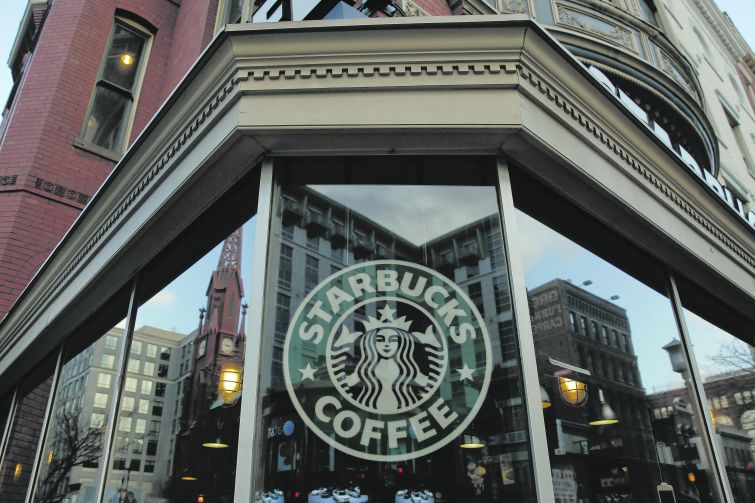 Starbucks Coffee is getting creamed by New York City rents.

The java giant may get priced out of its premier and larger Manhattan locations as some of the company’s earliest stores approach renewal after 15 to 20 years.

“It’s likely that it’ll be very difficult to renew a number of those leases,” said retail broker Joanne Podell, a vice chairman at Cushman & Wakefield, who does not represent Starbucks. She noted that the stores with “superb” locations—i.e., on busy streets with well-trafficked storefronts—are expiring and the chain was paying “much, much less per square foot” than today’s rents. The average Manhattan Starbucks is 1,600 square feet.

There are more than 200 Starbucks locations in Manhattan, and more of the locations are coming up for renewal now as Starbucks, the largest coffeehouse company in the world, first entered the New York City market in 1994, with four or five opening that year and a surge of openings in the following two years, a source said.

Starbucks lost its location at 334 Fifth Avenue at West 33rd Street recently because the coffee company couldn’t “get [the deal] done,” a source with knowledge of the situation said. The taking rent at the location is apparently more than $1 million a year.

The coffee retailer’s 2,811-square-foot Lincoln Center store at 156 Columbus Avenue at the southwest corner of West 67th Street has hit the market after 15 years. A new tenant can take possession of the space on June 1, 2016, according to the CBRE marketing materials. The asking rent is $600 per square foot, another source said, speculating that Starbucks pays about half that today.

At 41 Union Square West at East 17th Street and Broadway, the Starbucks space is about to hit the market with Newmark Grubb Knight Frank’s Jeffrey Roseman. The asking rent there is $650 per foot, and Starbucks is currently paying $325 per foot.

Landlords often want to stick with an existing tenant for a renewal rather than bring in a new tenant as “with a renewal, you know what you’re buying,” one of the sources said. “Good landlords, when they have a good tenant, will often do it for a little less.”

Regarding the Union Square West location, Mr. Roseman said: “Ownership’s first choice would be to keep them, even at a lesser number than they can get from someone else, but the number still has to make good business sense, as it is one of the most desired corners in the market.”

The Starbucks sublease at 1378 Madison Avenue at 96th Street was up for renewal and the landlord arranged a direct lease with the coffee house, along with an expansion into space previously occupied by K&D By the Glass, according to the landlord’s broker, Douglas Elliman’s Faith Hope Consolo. Starbucks grew its space to 1,585 square feet from 1,300 in the new 10-year lease. The rent is $350 per foot, Ms. Consolo said.

But from the standpoint of Starbucks, closing and moving to a less popular location might not even matter. The royalty of roasting has seeped so far into the collective unconscious—remember the old New Yorker cartoon, “Are we in this Starbucks or the one down the street?”—that it no longer needs choice locations to maximize sales.

“In today’s world of rising rents, especially on the high-profile corridors, likely Starbucks knows they can still be successful in smaller space and/or just off the main avenues,” said retail specialist Robin Abrams of Lansco. (Plus, the fact that Starbucks is peddling an addictive product that its customers will go out of their way to track down, doesn’t hurt.) 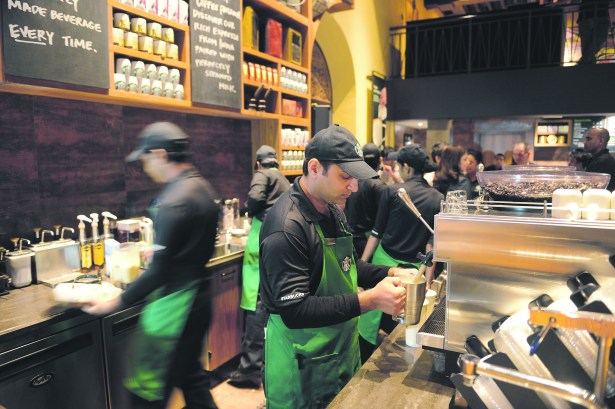 While Starbucks could pay new rents that are double its old rents, the chain may choose not to, Ms. Consolo said.

“Starbucks is in the midst of a new blend, pun intended, that will include tea as well as coffee, and that may be changing their real estate needs,” Ms. Consolo said. “Fewer, more diverse locations may be the new strategy.”

Starbucks is often able to open new locations nearby ones that close, as in the case of 545 Fifth Avenue between East 44th and East 45th Streets. Once the store shuttered, the chain opened a new spot at 25 West 45th Street between Fifth Avenue and Avenue of the Americas.

Public since June 26, 1992, Starbucks’ business is going strong. It saw a more than 10 percent increase in fourth-quarter 2014 revenues to a record $4.2 billion, according to published reports.

Starbucks is planning to bring two new types of stores to Manhattan, a grab-and-go concept as well as a slow bar, Commercial Observer previously reported. The company hasn’t found a location for either of the new concepts, one source said. Starbucks’ Manhattan broker, David Firestein of SCG Retail, declined to comment, as did Starbucks.

“When they first opened, they could afford larger spaces enabling more seating/lounging,” Ms. Abrams said. “They also had competitors who had positioned in New York City before they arrived to open stores in our market. Most of those competitors have disappeared, although a host of others have opened, but mostly in smaller footprints, and certainly without the branding power of Starbucks. Their business is mostly grab-and-go, and that is what they seem to be focusing on now with smaller spaces that are less expensive to lease.”