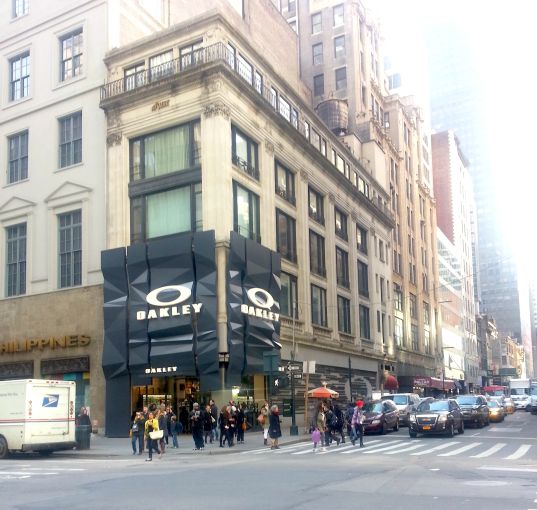 Oritani Bank provided a $30 million loan against Oakley’s New York flagship store at 560 Fifth Avenue in Times Square, according to sources involved in the deal.

The loan to an affiliate of the Riese Organization replaces existing debt from New York Community Bank and provides additional funding for the property.

“This speaks to our commitment to providing financing for strong transactions with established borrowers at premier locations,” Mr. Garcia said.

Financing on the 13,580-square-foot, five-story building, which was completed in 1907, dates back to 1910, according to the loan documents.

Oakley signed a 10-year lease for 6,800 square feet across building’s ground, second and below-grade levels in June 2013. Asking rent for the ground floor at the time was $1,150 per square foot.

The Riese Organization, which purchased the building in the late 1970s, has executive offices above the sports apparel store. The sponsor, which owns and operates about 50 restaurants in the New York metropolitan area, is one of the largest restaurant management companies in the city, according to its website.