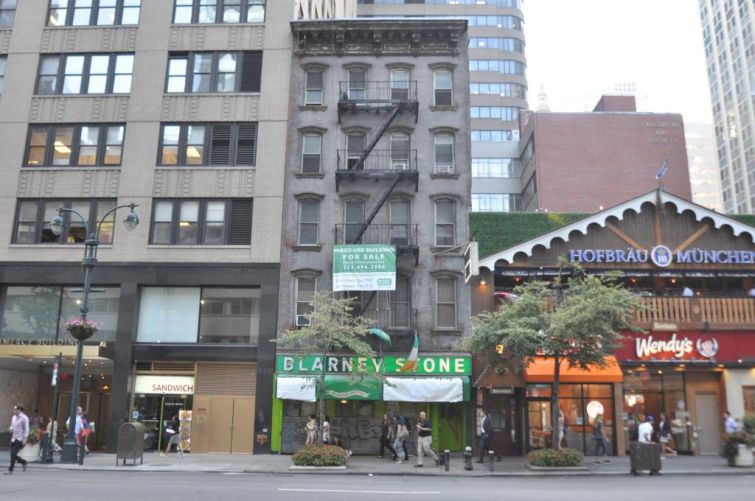 The owner of 710 Third Avenue is looking to demolish the five-story mixed-use East Midtown building that was home to Blarney Stone Irish pub, according to city documents.

As Commercial Observer previously reported, the site between East 44th and East 45th Streets is slated to be turned into a hotel.

Sam Chang of McSam Hotel Group sold the building on Dec. 12 for $17.4 million, property records indicate. The buyer was Yoram Avner, a source with knowledge of the deal said.

Limor Nesher with Core represented the buyer. Clinton B. Olsen and Ax Hayssen of Cushman & Wakefield marketed the property, which is occupied by a 8,125-square-foot mixed-use building. The building has retail space on the ground floor and eight one-bedroom apartments on floors two through five. The now-vacant 2,020-square-foot retail portion used to be home to Blarney Stone pub and bar.

A full demolition permit application was filed yesterday, three months after the city’s Department of Buildings issued a partial stop-work order at the site for failure to provide overhead protection for adjacent properties. That followed the sighting of falling debris from the upper roof, city records show.

Prior to Mr. Chang selling the property, the hotel developer had filed five new building permits with plans to erect a hotel by architect Gene Kaufman. Mr. Kaufman said he is still working on the project.