The Pegasus Group to Move to 115 Broadway 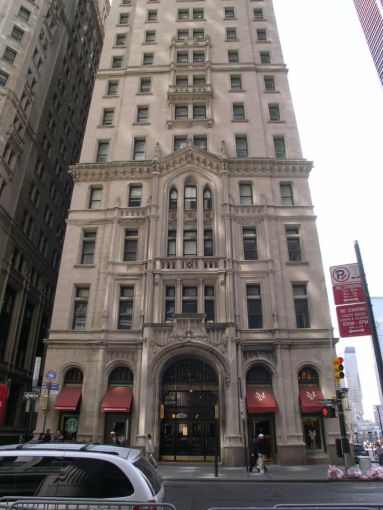 The Pegasus Group, a company that owns and develops multi-tenant properties, primarily in neglected or underdeveloped urban areas, has finalized a 10-year lease for 2,767 square feet at 115 Broadway between Cedar and Thames Streets, according to The New York Times.

Pegasus will use the 17th floor space at 115 Broadway, previously occupied by W&W Steel Erectors, as executive offices. The firm plans to take occupancy in March.

The building is one half of Trinity Centre (the property at 111 Broadway is the other). Built in 1905,  the two 22-story buildings—totaling 900,000 square feet—are owned and managed by Capital Properties, which has 3.5 million square feet of Class A office property in major urban areas in its portfolio, according to its website.

“The Pegasus Group was initially attracted to the astonishingly unique design of 115 Broadway and its architecture,” Mr. Cohn told Commercial Observer. “The building also offers great amenities to tenants such as a gym, conference room and golf simulator. These amenities paired with the convenient location near multiple subway lines was the selling factor.”