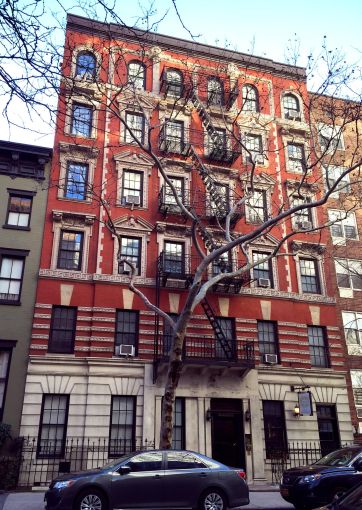 Benchmark Real Estate Group has picked up two apartment buildings in the West Village, Jordan Vogel, a principal at Benchmark, told Commercial Observer. The firm bought 82-84 West 12th Street for $22.8 million on Feb. 4, he said, and a week prior, 194 West 10th Street for $9.3 million. The West 10th Street sale closed on Jan. 28 and was filed with the city last Thursday.

“There’s been a fight to quality,” Mr. Vogel said. “[I] used to say anything prime Manhattan. Now I’d much rather be in the West Village than on the Upper East Side. We’re seeking the highest rent districts.”

Benchmark bought the West 12th Street building between Fifth Avenue and Avenue of the Americas from Heller Realty, Mr. Vogel said. The 25,000-square-foot elevator building is comprised of 24 one-bedroom units of about 725 square feet. Ryan Darius Salon is the lone commercial tenant in the building. The goal is to bring the six-story building up to condominium standard—and $6,500-per-month rents—so it can present a viable option for folks looking to buy at Rudin Management‘s Greenwich Lane.

“We know our place in the market,” Mr. Vogel said. “This isn’t a comp for Greenwich Lane. But, you’ll have the same quality renovation and the same square footage [in the apartments] in the same exact location. You won’t have the amenities, but you won’t have a half-million-dollar down payment.”

Benchmark is spending $250 per square foot to update the apartments and will add a roof deck, virtual doorman and laundry service.

Benchmark snapped up the 11,000-square-foot walk-up building on West 10th Street between West 4th and Bleecker Streets from a real estate attorney, whom Mr. Vogel declined to identify. Following a renovation costing $150 per square foot and including upgrading the apartments, redoing the common areas, hallways and lobby as well as adding a roof deck, Mr. Vogel said his firm plans to increase the rents to $110 per foot from $55 per square foot. The company plans to turn the 350-square-foot studios into one-bedrooms.