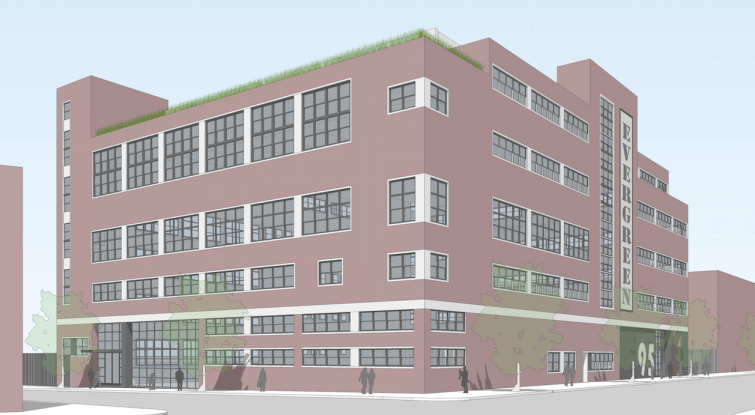 Daren Hornig‘s Hornig Capital Partners, Savanna and Chelsea Village Associates have purchased a 170,000-square-foot warehouse building at 95 Evergreen Avenue in Bushwick for $33.7 million, Commercial Observer has learned. The sale of what was originally constructed as the historic Schlitz Brewery closed today.

“The seller realized his opportunity to take advantage of the market’s incredible growth, while the buyer sees a clear opportunity to add value to a neighborhood in transition,” Mr. Silpe said. “The seller requested a very quiet marketing campaign and although we procured multiple offers, the seller ultimately decided to see it through with who we deemed to be the most qualified investor.”

Built in 1950 for canning and bottling, the five-story building is currently being used for light manufacturing and distribution by multiple tenants, including the seller. The building will be vacated over the course of a year. According to Mr. Silpe, Mr. Hornig would like to see the building converted into creative loft office space, catering to the creative-class of professionals moving into the area. Other Brooklyn neighborhoods, including Dumbo and the Brooklyn Navy Yard, have aimed to attract the same company demographic with their office stock.

“Being ahead of the curve has its perks,” said Mr. Berko. “We are focused on emerging Brooklyn neighborhoods because we’re seeing solid upward trends in demand for office from both creative and tech companies. In anticipation, our clients are aggressively acquiring these opportunities.”

Mr. Hornig didn’t immediately respond to requests for comment and nor did Mr. Gottesman, but in a press release from Savanna, it was noted that the buyers will launch a $20 million building-wide capital improvement program in the first quarter of this year to convert the building into an office and retail building.

The property, which sits one block north of Bushwick Avenue, has a full basement and the top floor has 35-foot ceilings with cutouts to allow light to penetrate the space.

Because of this “outstanding light,” Mr. Silpe said the new owners are considering converting the top floor into an entertainment venue.

Recently, Bushwick properties have been sold for sums that once would have been seen as prohibitive. In October 2014, The Real Deal reported that developer Simon Dushinsky purchased a development site on Bushwick Avenue between Monteith and Forrest Streets for $53 million. Last month, Newmark Holdings, KABR Group and Twin Oaks Equity Partners bought 7 Bushwick Place for $12.5 million.

Update: This story was edited to include all of the buyers’ names and information from Savanna.