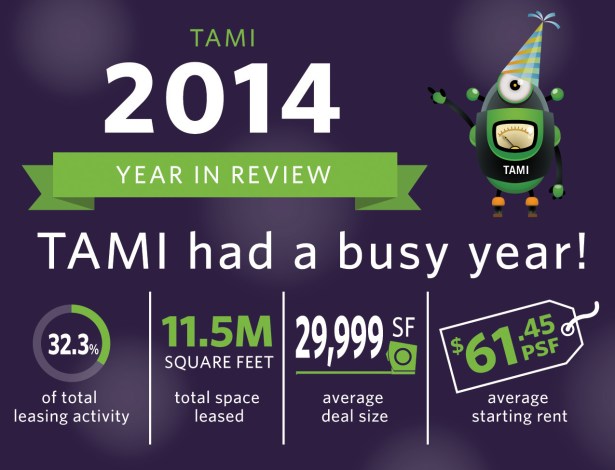 What better way to ring in the New Year than by seeing how busy the TAMI (technology, advertising, media and information services) sector was in 2014? TAMI tenants leased more than 11.5 million square feet last year, and accounted for almost 32.3 percent of the total leasing activity throughout Manhattan. TAMI went big last year, with an average deal size of 29,999 square feet—35 percent larger than the market average of 22,282 square feet. In addition, 22 out of the 49 signed leases signed greater than 100,000 square feet in 2014 were from the TAMI sector.

Most of the leasing activity was in the form of newly signed leases, as 72.2 percent of the square footage leased was from TAMI tenants moving within Manhattan. The average starting rent for TAMI tenants in 2014 was $61.45 per square foot, almost 14 percent below the overall average asking rent of $69.94 per square foot.

Richard Persichetti is vice president of research, marketing and consulting at Cassidy Turley.