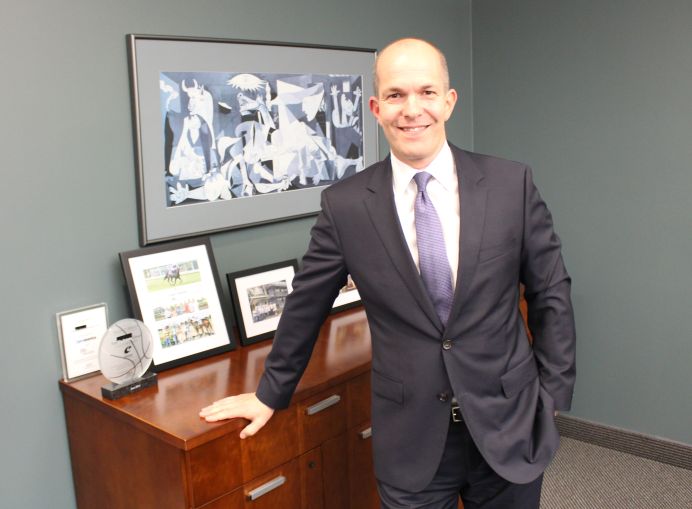 Mr. Mikula, one of the co-office heads of HFF’s New Jersey office, talked to Mortgage Observer about the intricacies of the New Jersey market, issues facing capital markets in the coming year and HFF’s cautious but deliberate plans for expansion.

Mortgage Observer: How did you get started in real estate?

Jon Mikula: My father was a real estate lender. He ran the mortgage operation of a large bank. Dinner table talk was talking about deals, developments, clients—it was always intriguing to me. When I was in college, I interned with a multifamily developer in New Jersey. I spent a lot of time on-site, seeing the construction and meeting the lenders. I basically tailed deal guys around and watched how it all happened.

What was your first full-time job?

I graduated in one of the worst times in recent memory—the savings and loan crisis in the 1980s. I managed to get myself to Cushman & Wakefield, working in the New Jersey office as a leasing broker. It didn’t last very long because there wasn’t much leasing going on. But it was probably one of the better things that happened to me because I then transitioned into the commercial mortgage business, starting off as analyst at a boutique firm in New Jersey. I came to HFF in 2000.

What are your main responsibilities now?

I co-run the New Jersey office [with HFF Senior Managing Director Thomas Didio]. We have a team of around 20 people that dedicates itself to debt placement and joint venture financing, as well as investment sales. We have around 100 to 120 transactions a year, ranging from $2 million transactions to $300 million. We touch everything from office to retail to industrial to multifamily to land.

Right now, it’s pretty active. We’re blessed with the capital markets coming back. Our business has been predominantly multifamily. We completed the largest industrial portfolio sale this year. In the first quarter, we will complete one of the largest New Jersey retail portfolio financings in the last year. We did a fair amount of office financing, which is interesting because suburban office has been out of favor for lenders and equity investors, but we were involved in a bunch of that activity.

What have been some of your recent major deals?

We did a deal with Normandy Real Estate Partners for a $46.4 million loan on Center78 in Warren, N.J. We’re in the middle of another with them right now. We did a deal portfolio for a joint venture between Keystone Property Group and Mack-Cali. It was about $150 million in financing. Mack-Cali has been trying to divest out of office into residential. As part of that, they’ve been doing transactions like the one I was involved with. We’re in the process of closing a large retail portfolio financing of over $200 million. It’s an off-market acquisition of over 30 properties.

What’s made multifamily so active?

What’s driving the other property types?

Another healthy part of our market is the industrial market. It rivals residential. It’s at the top of the list whether you’re a lender or equity investor or buyer. It’s a function of New Jersey’s port and highway systems. It’s typically port-related business and some e-commerce that’s driving this activity. We’re involved in speculative industrial development deals in our market. We have a deal in the Meadowlands of about a quarter of a million square feet.

The other segment of the market that’s hot is necessity retail, which is mostly grocery store-anchored. They don’t trade much, but it’s at the top of buyers’ lists. Lenders want top three market share grocers.

Why is office lagging behind?

If you look at the leasing office business compared to when I was in the business in the 1980s, the rents are basically the same, and the expenses are higher. You look at the economy and employment growth, and you haven’t seen a lot of it here. There’s a lot of vacancy. So it’s really about the best buildings, and the right sponsors.

What types of companies do you work with?

There’s some foreign investment here, but the lion’s share of our client is middle-market folks. One thing about New Jersey is that the regional banks like Provident Bank, Investors Savings Bank and M&T are very active. And you see out-of-town banks like Webster Bank and People’s United Bank. On the insurance company side, they’re all active here: Nationwide Insurance Mutual Company, Allstate Corp., Principal Financial Group.

Looking forward, what factors do you think will affect the capital markets?

One of the things that we’re all looking at is the CMBS debt that’s coming due. There’s about $110 billion in CMBS debt maturing in 2016 and $137 billion in debt due in 2017. There’s refinancing opportunities and in some cases sale opportunities. Some of these deals financed in 2007 were higher leverage, which will typically lead to another sale. We’re aware of office deals from 2007 where it will be problematic to replace the debt.

Could anything else affect lending?

Another issue is where interest rates will go. The activity from 1998 to 2012, the average 10-year Treasury rate was 4.25 percent, and there was a flurry of activity. You look at the rate today, and the 10-year Treasury is significantly lower [at around 2.2 percent]. People say, “What will happen if rates go up. Is that going to turn everything off?” Our feeling is not really. There’s a no shortage of liquidity in the market. CMBS has come back. Another one thing we’re going to keep an eye on is Basel III. It could make the cost of their capital higher.

Looking at HFF as a whole, what are your goals?

We have 23 offices in most major offices in the country. We want to expand in the right way, hiring the right people. We’re looking to fill the holes. We opened an office in Charlotte, N.C., this past year. One of the guys in our Texas office raised his hand and said, “I’ll move.” A little over a year ago, we did the same thing in Philadelphia. We did a lot of business there but felt we had to have boots on the ground. It took years to hire the right people. One thing we feel strongly about is not competing with our clients. We don’t manage. We don’t lease. We don’t lend.