$9M Conversion of Former Prison to Begin in the Bronx 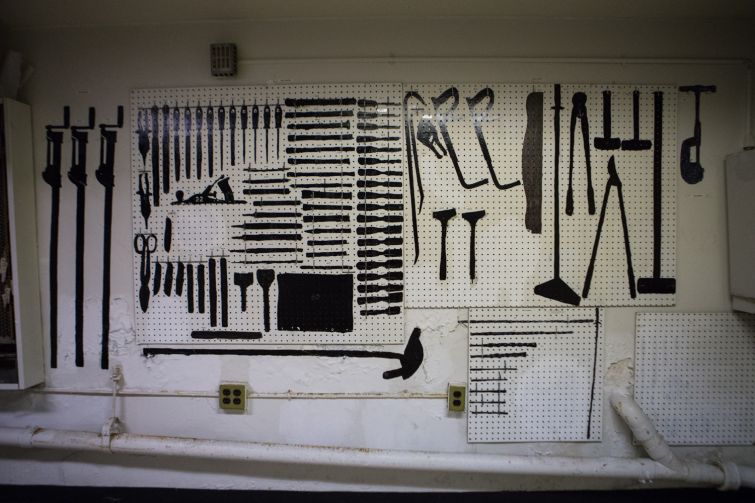 When Anthony J. Annucci, acting commissioner of the New York State Department of Corrections and Community Supervision, handed over the key to the former Fulton Correctional Facility in the Bronx to Elizabeth Gaynes, the president and chief executive officer of The Osborne Association, he warned her not to lose it, because it was the only one. “You do not want to be the first woman arrested for trying to break into a closed prison.”

At a press conference yesterday, Osborne celebrated the handover of 1511 Fulton Avenue between Claremont Parkway and East 171st Street from the State of New York. The association has worked for 80 years to facilitate the reentry of former prison inmates into society.

Ms. Gaynes explained to CO how it will convert the building from a prison to a community reentry center for ex-inmates. The New York State Budget General Fund, the building’s former owner, was not able to just give a building to a private organization. Osborne had to show that the state would save money by turning the building over, which is why a gaggle of elected officials got involved. The transfer was authorized by the 2013 New York State budget, according to a spokeswoman for the association.

A complete renovation of the building is expected to cost $9 million, according to the spokeswoman for the organization, which has thus far secured $6 million from the Empire State Development Fund and $650,000 from the Bronx borough president’s budget. The renovation should be completed within two years.

Ms. Gaynes is credited with having the vision to turn Claremont Village’s former correctional facility into a new workforce development and transitional housing space for ex-inmates. The new space will provide transitional homes in dormitory style housing to somewhere between 60 to 100 people, but the program will be primarily devoted to workforce development, for both former prisoners living there and those with homes elsewhere in the city. Work programs will include producing furniture and home goods, an apiary, making honey products and catering.

The general feeling of excitement and hope among supporters and local leaders struck a sharp contrast with the building’s grim setting. It has, after all, been a prison for almost 40 years.

“For many years, corrections were thought of as buildings, jails and prisons,” Joseph Ponte, the commissioner of the New York City Department of Correction, said. “Not many of us thought about how to release people back into the community.”

The building has had a storied history. Built in 1906 as an Episcopal Church, it became a YMHA and a synagogue in 1924. In the 1950s, it was turned into a nursing home and then a drug rehabilitation later. But it had its longest tenure as a minimum security prison beginning in 1975. It closed in 2011.

Don’t picture cells and jail bars. Picture a dingy hostel whose guests can’t leave, where all the kitchen utensils and shop tools hang against painted silhouettes so staff could see if something dangerous went missing. Osborne is charged with remaking this bleak space into one where people coming home can envision a better future.

The preliminary plan from Dattner Architects for renovating the building was posted on walls around the space. The building is approximately 70,000 square feet, according to a spokesperson for the organization. The facility has not yet received a new name.

Despite the dirt-encrusted window behind him, partially covered with extra strength chicken wire, State Senator Gustavo Rivera asked the crowd to imagine the space filled with light from a new window, giving hope to its temporary residents as they start a new life. A former prison has never before become a place to rehabilitate ex-inmates. “This building will be the first-of-its-kind reentry facility,” he said, “not in the state, but in the country.”