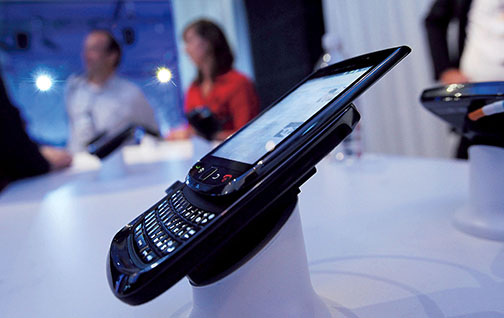 The phone will be capable of running on AT&T’s 4G LTE Network using Internet data, talk and text.

“The BlackBerry Classic is an excellent addition to AT&T’s leading line-up of smartphones,” Jeff Bradley, the senior vice president of device marketing and developer services at AT&T, said in a statement. “AT&T customers will be thrilled with the Classic. It blends the best of familiar features, such as BlackBerry’s QWERTY keyboard with enhanced capabilities including BlackBerry’s digital assistant.”

In 2014, T-Mobile severed ties with Blackberry due to sluggish sales and rumors that Blackberry was going bankrupt.