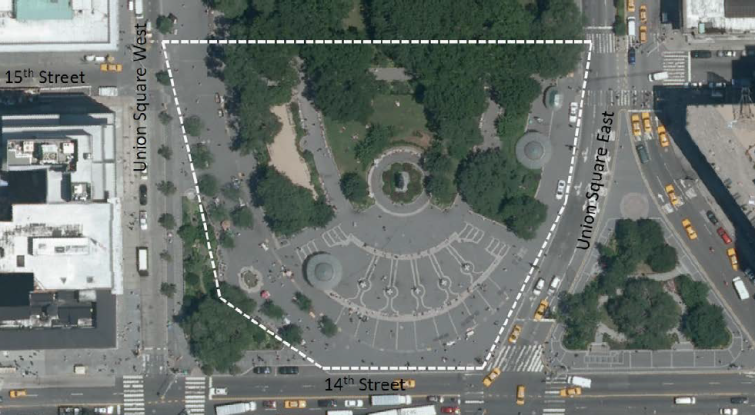 They may be small stalls, but they mean big business.

As the Union Square Holiday Market moves into the prime days of its 17th holiday season, the five-year agreement the city Department of Parks and Recreation negotiated with the market’s operator and founder, UrbanSpace, has also reached the home stretch.

The Parks Department opened a round of competitive bidding on Nov. 18 for the pricey seasonal real estate, issuing a detailed request for proposals and scheduling a Dec. 9 site visit for prospective bidders. UrbanSpace, whose current contract expires after this year, has applied to keep running the market, which is open from Nov. 20 until Dec. 24.

But Parks officials will test the waters until proposals are due Jan. 7.

“Parks seeks a concession designed, maintained and operated in such a manner as to increase the visual quality and ambience of the park as well as to provide a public amenity,” the bid request says. “Parks expects an extremely high-quality market, focusing on handcrafted items, art, unique gifts, and finely crafted jewelry. Parks will also permit the sale of food and beverage items.”

But that market carries a hefty price tag, both for the operator and the vendors involved. UrbanSpace pays the city an annual bill of either $1.2 million or 50 percent of the fees that retailers pay them to sell their goods onsite, whichever sum is greater, according to Parks spokesman Phil Abramson. Each of the past four years, UrbanSpace has netted around $2.7 million in vendor fees and compensated the city over $1.3 million, according to the request for bids.

Retailer rents for space underneath the striped tents of the market start at roughly $6,000, UrbanSpace president Eldon Scott has said in interviews (officials at the company declined to state the exact rates). Using UrbanSpace’s figure of 150 businesses operating at the market most years and last year’s receipts of $2.7 million, the retailer fees calculate to an average of more than $18,000 per vendor.

But prices for space vary based on the size of the kiosk, vendors told Commercial Observer, with Charles Callaway of Peter Charles Savvy volunteering that his company paid over $36,000 for its double-wide corner position.

The Harlem-based company that Mr. Callaway and business partner Peter Barton founded offers scarves, vests and capes in cashmere, wool, velvet and other materials. The small firm doesn’t boast any brick-and-mortar stores (Mr. Callaway mentioned the difficulty of selling scarves during the summer), but it has been selling at the Union Square market since 2001, he says.

“I enjoy it,” he said, eyeing potential customers among passers-by. “It’s almost like summer camp. All the vendors come back and the only thing UrbanSpace wants to do is sell quality products. And that’s a wonderful thing.”

The company also operates a space at UrbanSpace’s Columbus Circle Holiday Market, one of five seasonal markets the offshoot of the London-based Urban Space Management operates throughout the city. UrbanSpace will also open a permanent food hall at 230 Park Avenue near Grand Central Terminal this spring, representatives for the company told CO.

Company officials didn’t disclose whether they’ll be unveiling any new designs for the market in their proposal with Parks this year, and Parks officials declined to state how many bids they’ve received thus far. UrbanSpace should carry some sway in the process, as the agency will be selecting the winner, in part, with an eye toward operational understanding.

“The Market enhances the neighborhood and has served tourists and residents alike, providing a vibrant meeting place, while simultaneously supporting local vendors and business owners,” the request says. “Parks would therefore like to see the continuation of this Market and encourages those with experience in the operation of outdoor markets to propose on this concession.”