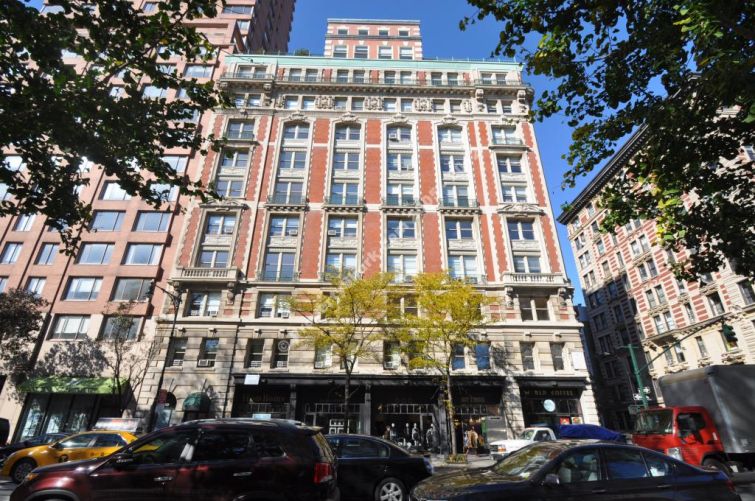 The property at 412 Columbus Avenue.

Pure Barre, capitalizing on the gym-class craze sweeping New York, is opening a location at 412 Columbus Avenue, between 79th and 80th Streets, Commercial Observer has learned.

Margo McCann, a School of American Ballet graduate and professional dancer for 19 years, is expecting to open her branch of the franchise by early February 2015. She has signed a 10-year lease for the new space, which will include roughly 1,400 square feet for a studio and a retail store that will sell “anything you might need for a Pure Barre class.” The asking rent was not immediately available.

After retiring from dancing, Ms. McCann turned to arts administration, but realized she felt incomplete.

“Ballet dancing is more of a calling than a job, and I was really missing something in my life,” said Ms. McMann, a self-described “avid fitness advocate.” Ms. McCann also has a reconstructed left ankle, and was looking for a workout that didn’t aggravate the injury.

“I have some friends that teach Pure Barre, and they said I should try it and I fell in love with it as an all-over body workout,” she said.

Pure Barre is a 55-minute, full-body exercise concentrating on the hips, arms, thighs, abs and arms, Ms. McCann said. It is designed to be low-impact and protect your joints by “avoiding jumping and bouncing.” Each workout section is followed by stretching to create long, lean muscles, she explained.

Ms. McCann is hoping to hold between 36 and 38 classes per week at the studio, including six a day from Monday through Friday.

Ms. Consolo stressed that she and her partner “had dozens of offers for this property” but wanted to ensure a unique establishment was put in place.

Pure Barre, which is headquartered in Spartanburg, S.C., has more than 250 studios across the country. There are currently Pure Barre studios in Manhattan at 1841 Broadway and 78 Fifth Avenue and in Brooklyn at 204 Wythe Avenue in Williamsburg and 266 Court Street in Cobble Hill.

Ms. Consolo is confident the popularity of the bar class will continue.

“Pure Barre is going to out-pedal SoulCycle,” she concluded.