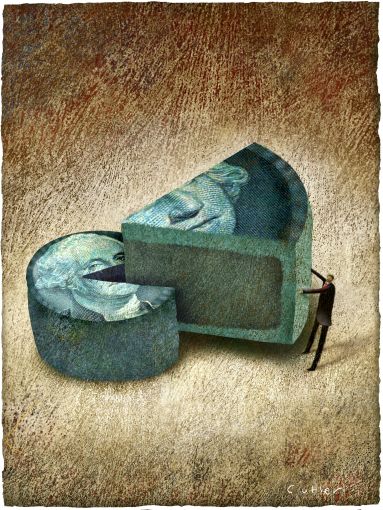 After the government-forced sale of Wachovia to Wells Fargo to avoid the bank’s bankruptcy in 2008, Mr. Verrone started his own advisory company, Iron Hound Management Company LLC. This past January, the firm announced a new partnership with Bank of New York Mellon Corporation to form a conduit operation called IH Capital; BNY Mellon allocated $500 million of its balance sheet to the new venture.

“We’ll keep it small,” said Mr. Verrone, noting that that the company plans to originate loans as low as $5 million all over the country.

It’s a modest operation—for now. The goal is to write $1 billion of loans in the first year and double that amount in the second year. “We have approximately $200 to $250 million under application, nothing closed yet,” said Mr. Verrone. Currently, the firm is working on CMBS for properties such as a hotel in Arizona, an office building in New Jersey and a retail center in North Carolina.

The partnership makes perfect sense. BNY Mellon wanted more risk exposure, so it could find higher yields, and Iron Hound wanted to dip a toe into the CMBS space, where Mr. Verrone has experience.

“Historically we have been very cautious,” BNY Mellon Managing Director Scott Barnum told Mortgage Observer. “Commercial real estate conduit loans are a new type of lending for us and a different type of risk profile.” They wanted to “find partners that have world-class talent in this business,” if it was to take the risk to start the new business, he said.

But IH Capital is not the only recent entrant to the world of smallish CMBS loans, nor are they alone in tapping the seasoned talent turned out by the last recession.

Indeed, a smattering of new shops have hung out a shingle in the last 18 months, diversifying the field of CMBS originators significantly. Those are joined by the new arms of established CMBS lenders that focus on mid- and small-sized deals.

Usual suspects Deutsche Bank AG and J.P. Morgan Chase & Co. still dominate the CMBS market, which this year so far has totaled $73.7 billion in new issuance, as of early November. But new small players keep popping up. There are currently 23 companies that have a market share below 2 percent, up from 18 in 2013, according to commercial real estate data provider Trepp.

Even large lenders are re-joining the pack, as the appeal of getting back on the horse appears too great. Among large CMBS lenders, the most notable 2014 new entry was Credit Suisse Group AG, which reopened its CMBS business earlier this year, after retreating from the market in 2011.

“We provide bespoke underwritten commercial real estate debt solutions for our clients,” said Mr. Tiesi. So far this year, Silverpeak has closed deals for approximately $300 million—most of which were securitized—and they expect to reach half a billion by the end of the year.

Still, that volume is relatively tiny compared to what these executives are accustomed to. At RBS, Mr. Tiesi executed a $300 million CMBS transaction in 2010, when the CMBS market was slowly coming back to life. In fact, that deal, RBSSI 2010-MB1 was the first multi-borrower CMBS transaction since the financial crisis. (The bank has since changed its plans, announcing in November 2014 that it is exiting the U.S. mortgage trading business to help reduce assets ahead of U.S. Federal Reserve new rules for foreign banks). And Lehman Brothers was holding $43 billion in real estate loans and assets when it filed for bankruptcy.

So far, among Silverpeak’s deals has been a $147 million long-term CMBS loan on Peachtree Center, a 2.5 million-square-foot office complex in downtown Atlanta, Ga., as reported. (Mr. Tiesi declined to discuss any deals by Silverpeak).

But they are open to anything. And while they’ve started small, they have big plans.

There are already “future offices planned for the Southeast and the Midwest,” he added.  Currently, Silverpeak has 18 employees in New York and Los Angeles.

Other aspirant CMBS shops include Annaly Capital Management Inc. the largest mortgage REIT listed in New York Stock Exchange, which has diversified, expanding from its core business of agency RMBS to offer CMBS as well. In January 2013, it purchased its subsidiary, Crexus, and has currently 11 percent of equity invested in commercial real estate vehicles such as CMBS. Analysts expect this percentage to possibly increase up to 25 percent, but with strong competition the company has been moving carefully on the market.

And A10 Capital, a bridge lending platform, which recently refinanced several matured or defaulted CMBS loans, originated $132 million in CMBS in the first nine months of 2014, according to Trepp data. The firm “competes directly with the CMBS providers but they don’t like to be referred to as a CMBS provider,” according to a spokeswoman for the company. “They don’t bundle the transactions and they keep every loan on their books.”

Alas, some in the industry are skeptical about steady appetites for CMBS.

“I continue to hear how borrowers are very frustrated with the CMBS structure, since those loans are sold off and a different third party servicer is assigned,” Jerry Dunn, principal and CEO of A10 Capital, told MO.

New, small companies, pointed out Stephanie Petosa, managing director for structured finance at Fitch Ratings, need to be “adequately staffed and have the appropriate control” structure in place, which can be demanding and expensive for smaller firms.

Plus with increased competition, some analysts and rating agencies are seeing a risk of loosened standards.

It is “déjà vu all over again,” reads Moody Investor’s Service’s most recent CMBS report, on the third quarter of 2014. “Loan originators continue to loosen underwriting standards, contributing to one of the largest quarter-over-quarter increases in leverage in conduit loans” ever, said Tad Philipp, Moody’s director of commercial real estate research. “The use of aggressive and pro forma underwriting, which presents a property’s net operating income as higher than sustainable levels, is on the rise.”

“Money is very easy to get,” said Manus Clancy, senior managing director at Trepp, though he added that he does not believe the market is “frothy” overall. New entrants to the CMBS market show that there are still more opportunities, after all. Small CMBS lenders can still find opportunities in markets that remain underserved by banks or larger lenders. Suburban office buildings or retail with troubled anchors like Staples or Office Depot are potential candidates for CMBS financing from niche companies, Mr. Clancy added.

Relying on a Name

Big names that are coming back to the market with small companies are mainly bringing in their credibility and reputation.

For instance, while BNY Mellon is new to CMBS lending, their staff is not.

Curtis Arledge, chief executive of the BNY Mellon’s investment-management  platform, had spent 12 years at Wachovia, where he had been global head of the fixed income division, among other roles. Mr. Arledge and Mr. Verrone had been talking for a while about a possibility of doing business together before finally meeting to broach the topic in the fall of 2013. “It felt like an instant partnership,” said Mr. Barnum. It was not a matter of ‘if’ but of ‘How do we do this? How do we make this work?’ ”

Mr. Verrone is confident because his team is made of “people with very good relationships.” Another Wachovia alumnus, Chuck Wolter, joined from Starwood Mortgage Capital and was named chief execu-tive of IH Capital in June.

“There is only a handful of people in the business that work very hard, that are always talking to the clients,” who are eager to answer the phone 24/7 and to be constantly available for clients, said Mr. Verrone. Compared to competitors, his company’s strength is that “we work all the time, there are a lot of people who don’t.” The son of Italian immigrants from Salerno, Mr. Verrone admitted that his father thinks that this way of life is just crazy. “But we like to work.”